[Interview] Chance The Rapper: Off Suspension 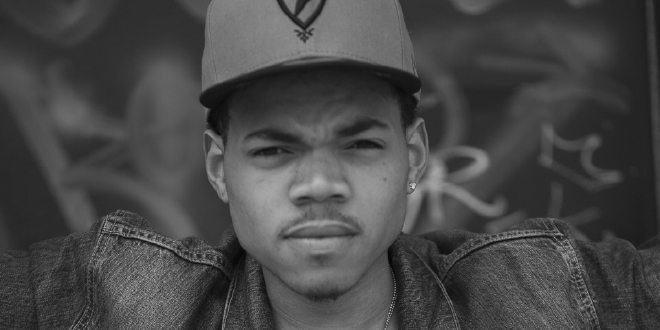 Someone recently asked me to describe Chance The Rapper.  After thinking for a while, I told them that Chance is really best described by the music.  Not just in the sense of the music he makes, the words he raps or sings, but the music.  Lil’ Wayne created the I Am Music Tour, Chance The Rapper should be opening the next leg.  At only 19 years old, Chance is musically mature beyond his age.  Every time that I listen to his recent mixtape, #10Day, I continue to be amazed by some of the layouts and song structures, as well as the cohesiveness of the project.

Way before he dropped #10Day, he asked me to meet him at Panera Bread near Columbia College and the high school where he fatefully got suspended. He ran down a plan of finishing the mixtape, creating storytelling music videos, and a path that would see him skip college and pursue the music full-time.  It’s a meeting that I’d had, and a story that I had heard many times over, but it was different coming from Chance The Rapper. It seemed believable. It’s been less than a year since that sit down, and Chance has gone from pretty much unknown to one of the most sought after artists in Chicago’s Hip Hop scene.  He is regularly mentioned by national press, and most recently has been added to spot dates opening for Childish Gambino.

I met up with Chance again on the day after the release of his #10Day mixtape.  This time we didn’t talk what about he plans to do. There were no more timelines and sketches of future plans.  We talked about what he has done, and how wild some of it really is.  We also spoke about his connection to his fans, the evolution of his music, and what exactly he was doing before he got handed a ten-day suspension from Jones College prep that would forever change his life.  Check out the full in-depth interview below.