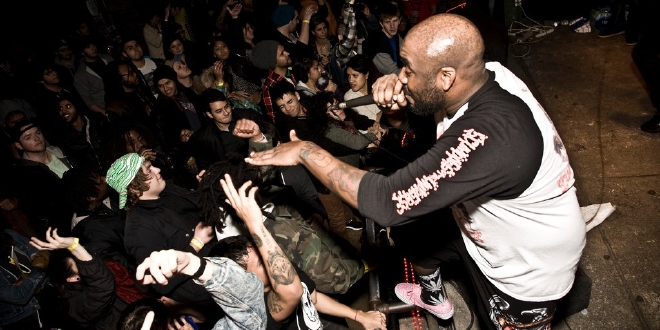 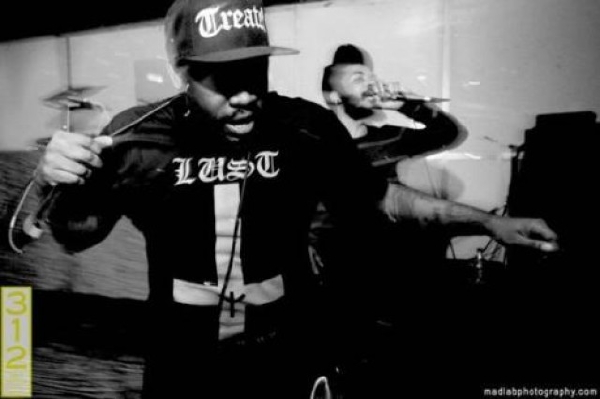 With one of the year’s longest titles, we have the RubyHornet premiere of ShowYouSuck’s new video for “Hunter Hearst Helmsley (HomiesHelpHomies)”.  This is one of Show’s favorite songs. It is also one of his most important songs to date.  It turns out that inspiration for the song struck while watching an episode of Cartoon Network’s “Adventure Time”, when one of the show’s characters used the phrase, “homies help homies.”  The phrase immediately resonated with Show and his crew.  “After the laughs subsided, I was like, that’s my principle!  That’s my key principle of life,” Show told me.  “I would not be where I am today if a homie didn’t help me out and I didn’t help out a homie.  That’s pretty serious.”

The song also features Auggie The 9th, who has been putting in work as ShowYouSuck’s hypeman for more than a year, and is now finally beginning to get shine as a solo artist in his own right.  The video for the record was shot by Brian Lamb from Kill The Fill and fittingly features cameos from a number of ShowYouSuck’s friends.  “We shot some of it at the Congress Theater, some at Jugrnaut.  It’s one of those stripped down videos that’s about me and my friends at the end of the day, which is really rad,” Show said about the new video.

“The song means a lot because it speaks to my core principles and it’s the livest song to perform in my set. I’m really stoked to get more people to know about that song. I want to get to the point where I’m performing it, especially out of Chicago, and I don’t have to do the setup for people. The song comes on and they already know what to do.”

Watch the video below, and look for more from ShowYouSuck very soon.