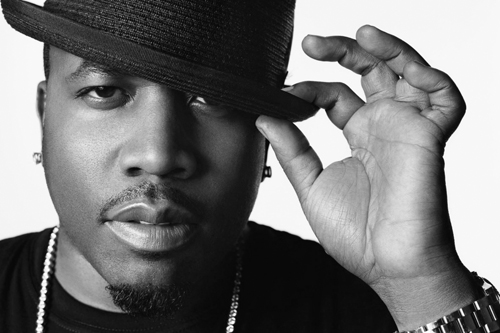 Every time I think of Big Boi or Andre 3000, I can’t help but laugh at how a duo named Outkast have become globally accepted, and one of the world’s biggest Hip Hop acts.  The duo are revered and acclaimed for their boundary pushing music, their against the grain fashion, and how they were unlike anything ever heard or seen when they burst onto the scene in the early 90’s, emerging from their ATL dungeon to eventually grace the world’s stage.

While there hasn’t been any collaborative Outkast music in a long time, Big Boi hasn’t slowed down.  His 2010 solo debut, Sir Lucious Leftfoot: The Son of Chico Dusty garnered solid sales, and heavy critical praise, mainly for the wide range of sounds and overall funky vibe that shone throughout the LP.  The album was fun, and bright, displaying Big Boi’s talent and longevity, while simultaneously sharing some of the spotlight with future stars like Janelle Monae, Yelawolf, and Vonnegutt.  Whereas some of Big Boi’s peers are bitter about some of the twists and turns that Hip Hop has taken since its golden era, you’d be hard pressed to find anything but a smile on Big Boi’s face these days as he continues to tour heavy, as well as hit the studio with acts such as Modest Mouse and Jimmy Cliff, who turn to Big Boi for production services, trying to get some of that Stankonia sound.

“I’m still loving it and enjoying it, it feels good to me,” says Big Boi, sitting comfortably at the James Hotel in downtown in Chicago.  He’s in the Windy City celebrating “The Crown Life”, a partnership between Big Boi and longstanding liquor company, Crown Royal.   “I feel as far as the accolades and everything, we did all that,” he continues.  “Right now it’s all love and it’s still a challenge to push and motivate yourself to make the most potent material on the planet.”

Before the Crown Life celebration kicked off, we were able to sit and chop it up with Big Boi about his past accomplishments and future goals, living the “Crown Life”, and maintaining artistic integrity while taking on new opportunities.  Watch the video below to see how Big Boi is on his “Jedi rap s**t all day,” and get caught up on “The Cool People Rule”.