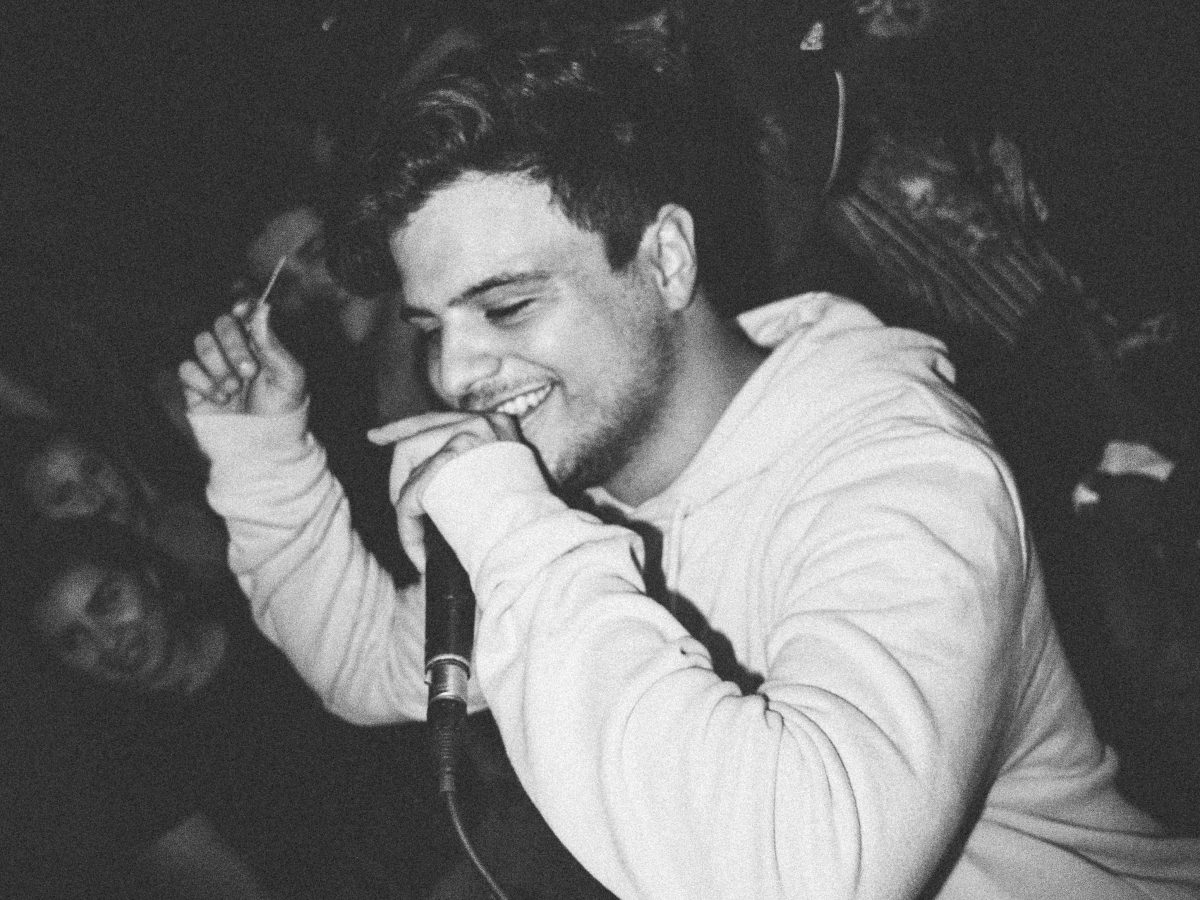 I like BoatHouse, as a producer, a person, and one of the artists on Closed Sessions. He’s got a lot of music, and I found myself listening to a lot of his production over the last few weeks. As I listened, I also had questions. Midway through a very long text message about one of his new songs, I the idea to turn this into a recurring feature on rubyhornet and share what I find with you, whoever the fuck is reading this right now.

It’s a simple premise, I pick a BoatHouse song, listen to it a bunch, and ask BoatHouse some questions about it. Nothin more. Nothing less.

It’s called BoatHouse Tales (for now) because I couldn’t think of a better title. If you got one, holler. Otherwise, we are starting with one of my favorite BoatHouse songs and his most popular song to date, “Coming Into Focus”, which was released in 2016 on his EP Hibernation.

rubyhornet: “Coming Into Focus” was released in 2016 and on your Hibernation EP. Do you remember where you were during this time, what was in a sense, starting to come into focus for you?

BoatHouse: At the time when I made this record, I released my first EP with Closed Sessions (GIRL EP) about a year before and I was trying to figure out where to go with my music. I had just dropped out of college to put all my focus on pursuing my career, but that comes with a lot of pressure and uncertainty, which manifested itself in my music. My previous project, GIRL EP, was a brighter sound, house-inspired production, and all instrumental. I was new to the game, I had just signed my deal and was wide-eyed and excited. With the follow up, I wanted it to be a bit more dark, floaty and ambiguous. “Coming Into Focus” is the centerpiece track that ties the concept of the project (Hibernation) together. It’s about the vision you have for your art and not knowing how to reach it. But as you start to develop your process, everything becomes a bit clearer and in-focus.

rubyhornet: Hibernation features Allan Kingdom, Kweku Collins, Kipp Stone and others. This is the only instrumental track – was that by design? How did it fit into the rest of the project?

BoatHouse: Hibernation is meant to showcase the different sides of BoatHouse. Before I was signed and  began developing relationships with other artists, what drew me to start making beats was the beats. I’ve always been a fan of instrumental music, specifically the more technical, ambient stuff like Clams Casino, Yung Gud, XXYYXX. I wanted to have a section of the EP that reflects where my taste came from in that sense.

rubyhornet: There are a lot “swirling” sounds I’d say for lack of better words. Listening almost feels like riding down a highway with all these things whizzing past, then there are some moments where that slows down and the listener is left with very few sounds. Is that composition part of the title/theme? What can you tell us about producing this record?

BoatHouse: When you’re producing instrumental music the main thing that’s missing for the listener is always the vocals. Vocals are a crucial part of what draws people into songs. So to make up for the lack of a vocalist there’s lots of “ear candy” and ambience. The first swirling sound you hear in the song is actually the sound of a diver’s breathing mask from a youtube video. That sound really sets the tone for the ambience of the song. It continuously swirls around throughout the song.

rubyhornet: This is one of your most popular songs, and has over 1M plays on Spotify, why do you think that is? What might listeners be connecting to?

BoatHouse: I never thought that this would be one of my most listened to songs, but for some reason it is. I think it has something to do with the motion and the “swirling” of the sounds. The drums in this song are also reminiscent of ambient house music, which is always good for vibing and zoning out. I hear from a lot of people that they appreciate my songs like “Coming Into Focus” the most when they are studying, cleaning or doing work. It’s entertaining to the listener without demanding too much from them other than to listen.

rubyhornet: When did you feel like this song was finished (is it finished)?

BoatHouse: When I’m producing instrumental music they usually go through various stages of being finished. There’s files on my computer that say “Coming Into Focus_1, Coming into focus_Finished, Coming Into Focus_FINISHEDfinished.” Each one having slight edits that differentiate the newest one from the previous. It goes through stages, but for me, I know when it’s done when I can listen to it over and over and not have anything stick out as needing to be changed.

rubyhornet: Listening back on this record for this interview, thinking about my questions, what are you thinking/feeling? What significance or memories does this song hold for you?

BoatHouse: Everything continues to come into focus. My style of music and my preference for what I like to listen to continues to evolve but this song serves as a good reminder for where I came from. I get inspired by listening to my old beats. It’s always good to think about where I was, what I was doing or interested in at that time.