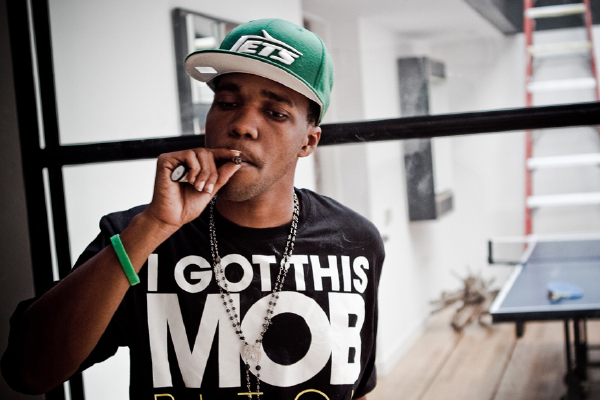 Closed Session is the newest addition to the RubyHornet content machine.  The premise is simple, we teamed up with SoundScape studios, Chicago’s premier recording studio and provide artists with beats from Chicago’s top producers, give them an atmosphere tailored to their needs, get out of their way, and let them create.  What we are left with is footage of the artist recording on their terms, as well as dope new music.

Each artist has a different process for recording, and for Curren$y we shut the studio down, told everyone to leave, and turned the lights low.  We only went through a few Tony Baines’ beats before Curren$y found the winner.  He vibed with the instrumental for a couple minutes before reaching for pen and paper, and some other kind of paper, and then entered his zone. For many artists, ‘I don’t write my rhymes’ is their favorite phrase, but we found the opposite to be true for Curren$y.  Close ups of his rhyme sheet reveal cross outs, and rewrites, and he would scribble, recite, revise until he found exactly what he was looking for. After a few short hours he entered the booth, meticulously recording in a similiar fashion.  Shortly thereafter, “Rapper Weed” was born.

We released the song last week, get it here, now check out the video.  Also look for the next Closed Session featuring Truck North and Big Pooh to premiere soon.