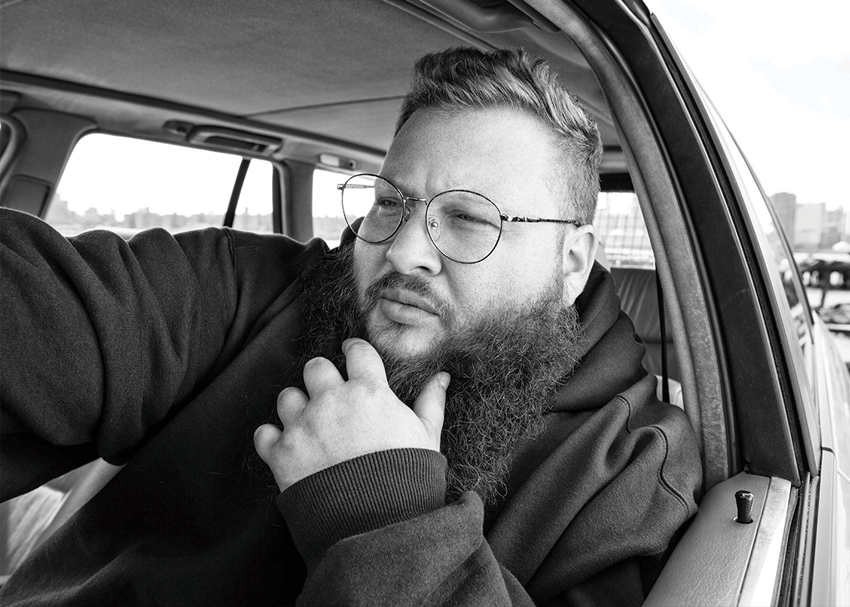 Shortly after we secured Action Bronson to play the November edition of Digital Freshness, I told him jokingly via Twitter that Chicago’s finest meats and cheeses awaited him in the windy city upon arrival.  I say that to many of our guests, but this time it took on a new meaning given Action’s former career in the culinary arts and current status a true and blue foodie.  Staying true to form, Action responded that he really wanted to eat at Blackbird, an award winning restaurant and a top spot to eat in a city known for top spots to eat. It’s also a little exclusive and heavily booked.  We were able to pull some strings and get the inside hook up on a table at Blackbird on a busy Friday night before Action’s Saturday night performance.  In exchange for helping us get a table, our connect had one request, that we dress appropriately for the occasion.  No jeans. Nice shoes. Collared shirt. Shouldn’t be a problem, I told him.

A few days later we picked up Action Bronson at Midway airport.  After an introduction and talk of unseasonably warm weather for mid-November, Action said matter-of-factly, “this is the only shirt I brought, and I don’t wear pants.” And just like that, while we all ate in collared shirts, slacks, and dress shoes, Action Bronson became the first person to “dine at Blackbird with hoodies and some Balances.” I can’t prove that, but I’m pretty sure it’s true.

The dinner was great. Everyone at Blackbird treated us extremely well, and I think every single chef from the kitchen came out to talk with Action about the food and experience.  The next day we hit SoundScape for the Closed Session and Action immediately centered in on production from Thelonious Martin.  At the time, Thelonious was only a couple months into his freshman year of college and trying to really break into Chicago’s music scene.  He also had Saturday classes, and so while Bronson was going nuts over Thelonious’ beats, Thelonious was sitting in class.  I sent him a text, he faked sick, and the rest is history.

The song is the second single and documentary from Closed Sessions Vol. 2, which will be released in August presented by MTV2 Sucker Free.  You can download the new song as well as watch the short documentary on the next page. Check back July 25th for the third release.