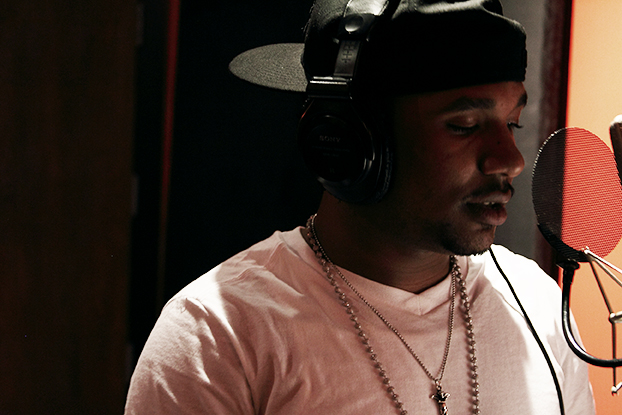 “What’s that dude’s name?” CyHi asked, “Dude that made ‘Exhibit C’? Jay Electronica…. This is gonna be like that,” he said, pretty much answering his own question.  After finishing his first verse, he took to the recording booth.  And you know what? He was right. One verse in and he nailed it. As he picked up his pen to begin verse number two, Mike received a call from G.O.O.D. Music.  It was after all Friday, and for the previous few weeks Kanye and company had been dropping free music every Friday night, giving fans a chance to hear what they’d been cooking up in advance of the new album.  “They want ‘Whoop De Doo,'” Mike said.  “Tonight.”

And just like that, the gears shifted, an instrumental was downloaded, a phone call was made to Big Sean and the rest of our Closed Session was put on hold, with CyHi finishing it the following day before his performance.  Of course though, we kept our cameras rolling the whole time, documenting the creation of “Whoop De Doo” as well as asking CyHi about its meaning.  We never released the footage because the song didn’t make it out in time, and remained unreleased.  That is until this week when CyHi included it on his recently released Royal Flush 2.  Watch the video below to see it come together.  And oh yes, we still got that Closed Session laying around somewhere.