Defcee is kind of a beast… 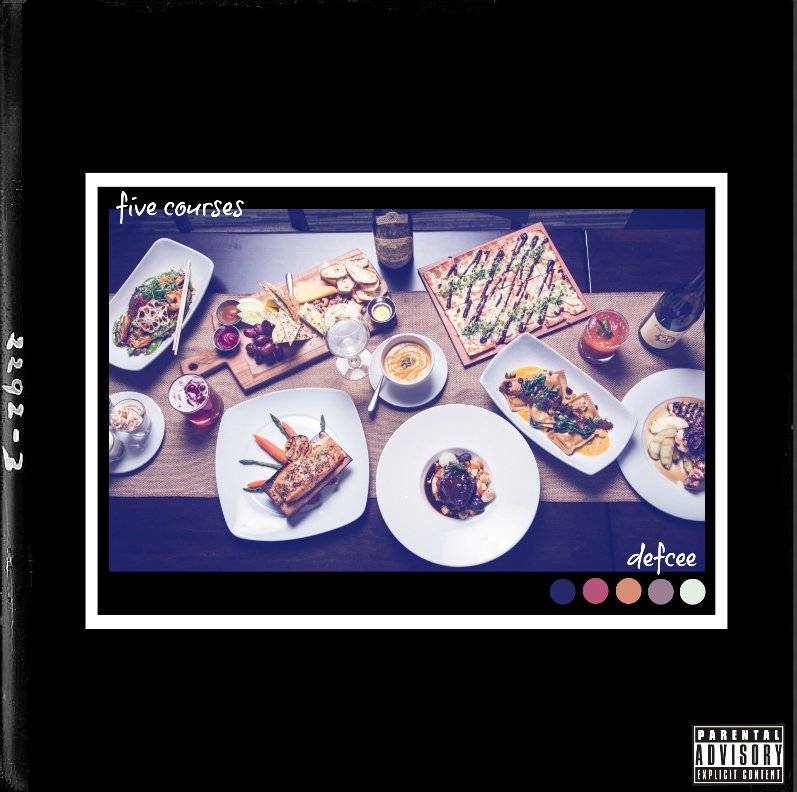 Defcee is pretty nasty on the mic. On his latest release, which we are admittedly late in covering (time management is a bitch), he had me scratching my head along with him, as he raised the question of why he is not signed yet. The kid can spit, as he proves throughout “Five Courses”, a record of non-stop punchlines over 5 different production sequences (I just didn’t feel like writing the word beats).

While the first of the courses is bar after bar of menacing rhymes, many of which are centered on Defcee’s murderous mic skills, it is much more than simply a feast on his own lyrical ability. The subject matter turns somber and reflective as he moves into the later production, hitting hard with lines like, “Akademiks telling drill jokes, lost my laughter after the first teenage wake that I couldn’t sit still for.”

Defcee is a teacher, a teaching-artist at Young Chicago Authors, and a youth advocate. He’s also an emcee that is extremely nice on the mic. I can’t help but (rightly or wrongly) see him as somewhat like Chicago’s own Your Old Droog. Given more time to consistently release music, and the right team, I see no reason why he can’t achieve the same success and respect – if not more.

Pig out on his latest below.