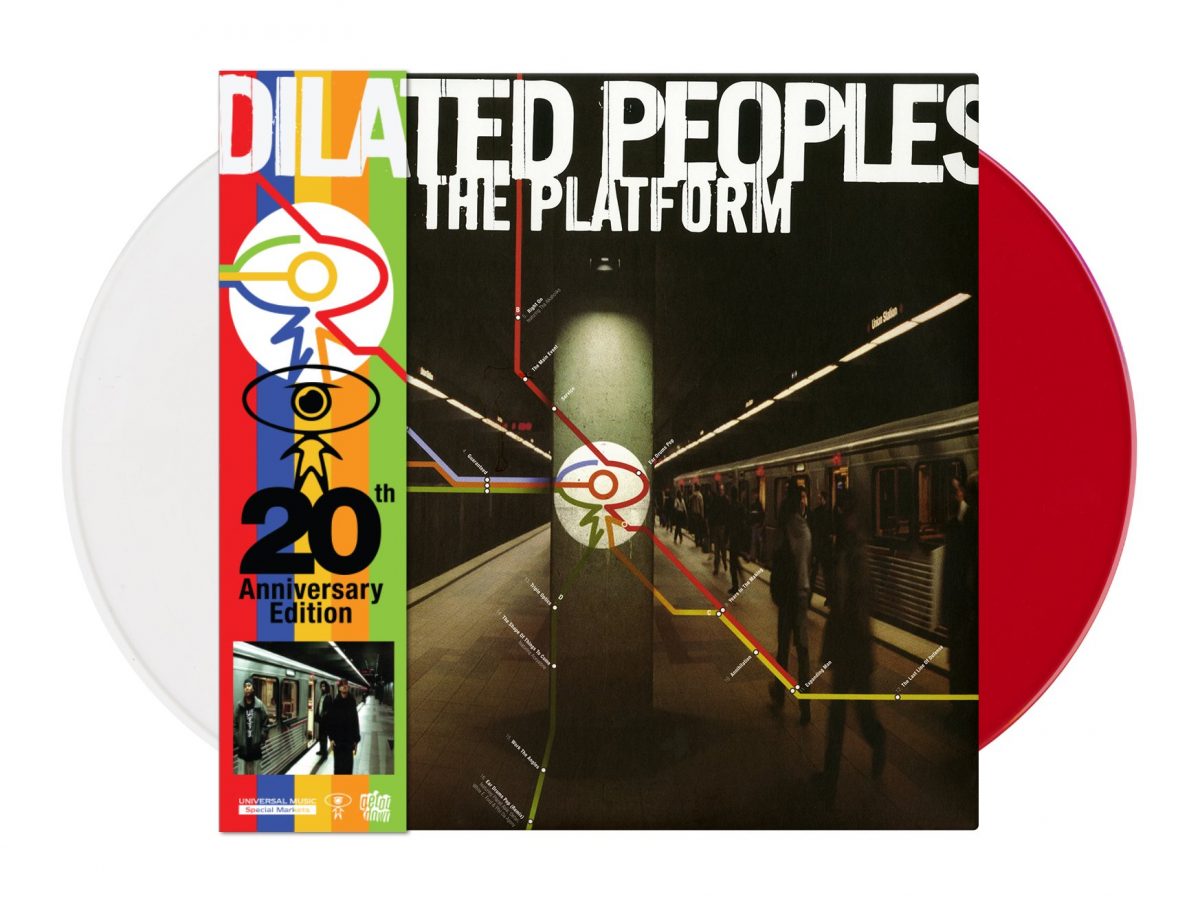 I know I do, and I’m pretty sure you do too. You got a couple albums or songs that have stopped you in your tracks and that moment of discovery is forever burned into your memory. I remember moments like racing home to watch the “Intergalactic” video premiere on MTV. I remember walking from the student union back to off-campus crib, listening to an advance copy of The College Dropout. I remember the first notes of Black On Both Sides. And I vividly remember waking up at 6am to drive to high school, putting on MTV and seeing Dilated Peoples’ video for “The Platform”.


I was blown away. They hit so much that I wanted, and in a short time. I had never heard of Dilated Peoples before, and was totally ignorant to the influence they’d have on my life going forward. It’s not just that I found a home in their music, but the scene, the movement, the everything that they opened up. This was in the heyday of Napster, and “The Platform” opened up a rabbithole of LA underground that I got lost in (just peep the cameos in the video above). I took that mindset to with me to college, I took it with me to Dr. Wax digging for other rare records, and thanks particularly to DJ Babu, got my own turntables and the rest is, well, history. I could honestly write a full thesis paper on Dilated Peoples and their impact on my life, and the lives of others. I also think they were part of a rare time in music where Major Labels were putting on indie artists (to both good and bad results).


Their family tree runs deep, and their music still hits. I can’t even believe that this May will mark the 20th anniversary of their debut LP, The Platform, which released in 2000 on Capitol Records  (but kept the vinyl indie on ABB). Dilated took you into the LA underground with The Platform, they put a DJ in the front of the group, and showcased the full 5 elements of Hip Hop.

Also, true story, when I was randomly hitting groups and artists for interviews without a site to publish them, Rakaa was one of the first artists to hit me back and we talked on the phone for about an hour for an interview that ran on HipHopCongress.org (Shout to my HHC crew).

Anyway, longstory short, the LP is getting a deluxe vinyl re-issue (I called for this re-issue in 2011 haha). The vinyl is limited to 500 copies, all numbered and in color. It comes with an anniversary strip and is a collector’s item for any Dilated fan. I’m guessing this might go quick considering how many fans have the Dilated logo tatted.

You can order now via GetOnDown. And for shits and giggles, peep our Freestyle In Park segment with Dilated from 2008. Bonus footage of the one we did with Alchemist that same day as well. Enjoy.

Rakaa, Ev, Babu, thank you for everything and as you guy say…. “Hindsight is 2020, a toast to be past, but here’s to the future, time to get this money, money.”