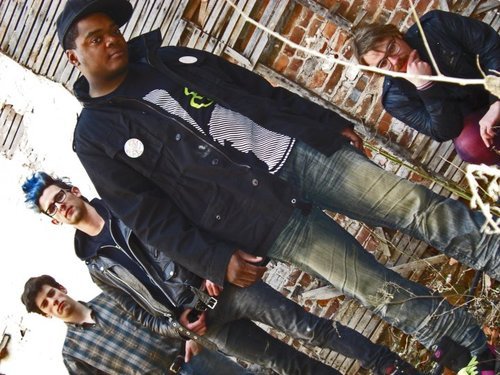 Brainiac Society member Fooch AKA Nick Stylz was recently introduced to the world at large via Kidz In The Hall’s sophomore LP, The In Crowd. Fooch has since seen his spotlight grow, gaining placements and shouts on various blogs, and music sites. My fellow Hyde Park resident, and Ray Elementary Alum (Go Warriors!) recently hit RH with his latest joint, “Questions” (listen below), as well as a bit more insight into the man “with shine on track 9.”

The Basics: Without getting into the whole life story thing, I’m just a kid that grew up on the south side streets of the CHI. I was raised by my hood, a church going grandma and the True elements of Hip-Hop. The product is the man that your speaking with today…

Hailing From: Hyde Park, South Side of Chicago

Rapping since: I been rapping since like 1994. I was about eleven or twelve when I started. Me and my guy DJ Chase use to have these notebook rap battles in advanced math sophomore year in high school. S**t was hilarious!

Influences: Man where do I start? ATCQ, De La soul, Rakim, Big Daddy Kane, Gang Starr, Ice Cube, AZ, Nas, BIG, Pac, J- Dilla, Slum Village, Little Brother just to name a few. I listen to some of everything though so the list goes on and on.

Three Things To Know About Fooch: I’m one of the coolest most laid back dudes you’ll ever meet. I love myself, my people, and my city. I love Hip- Hop and making good music.

Fooch Vs. Nick Stylz: Fooch and Nick Stylz are one in the same, but Fooch is the epitome of what it means to be a b-boy. Where as Nick Stylz is the more street savvy, fresh to death, slick talker. Foochie is what I initially went by, but Naledge cut the ‘ie’ off when we formed our crew FFC ( Fresh from Chicago). NIck Stylz is a name I jacked off of a Denzel Washington movie Ricochet. I loved the movie and I thought the name was dope. Plus it gave a little added swagger to my mic persona, but please believe I Don’t Lie On Records.

Seeing Music in-stores and Online: Truthfully it’s like a sigh of relief, like damn I finally get a chance to be heard. Also to be on a track with my boy Naledge, Black Milk and Guilty Simpson as my intro to the world on a national release was pretty crazy!

The Future of Fooch: Be checking for that Braniac Society mixtape. Also, I might be trying to put out an EP entitled Double Edge Sword. I also will be appearing with Naladge at the Chicago date for the Rock the Bells concert on July 19th, so keep your eyes and ears open!