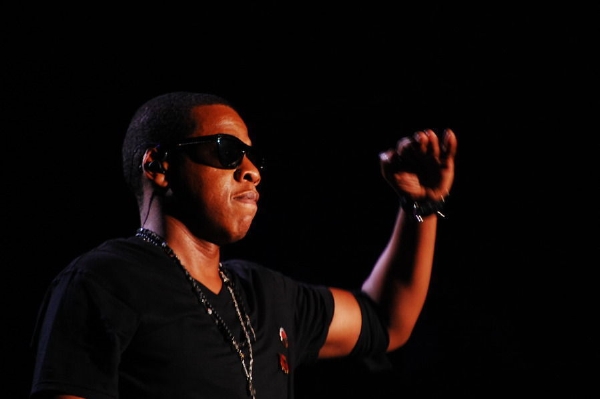 The above line is said by Jay-Z on the song “Murder To Excellence” off Watch The Throne.  The line is meant to pay homage to the fallen leader of the Black Panther Party who was killed on December 4, 1969 when Chicago police and FBI agents stormed into his apartment and opened fire on a sleeping Fred Hampton.  Jay-Z was born on the exact same day, leading Jay to make the statement above on Watch The Throne, alluding to how he was given life on the same day it was taken from Hampton, as the line ends “real n***as just multiply.”

During a film screening of “The Black Power Mixtape: 1967-1975” and panel at University of Chicago on Saturday, Fred Hampton Jr. shared his feelings on the song lyric and Jay-Z.  Speaking to a crowd at the University’s International House, Hampton voiced his displeasure with the lyric, saying that Jay-Z has twisted that truth.  “Fred Hampton didn’t die,” Hampton Jr. said.  “He was assassinated.  Saying Fred Hampton died is like the school teacher telling students that Christopher Columbus discovered America.”  He later went on to refer to Jay-Z as Slave-Z, questioning his motives on the record.

The comment drew a mixture of applause, shock, and silence from the panel as well as the crowd.  I was at the screening and subsequent panels that also included artists such as Rhymefest and BBU.  I understand where Fred Hampton Jr. is coming from, as the killing of Fred Hampton remains a ruthless murder and is part of the racism that was a rampant under J. Edgar Hoover’s FBI.  I don’t necessarily think that Jay-Z is trying to twist the truth, or make that killing seem any less brutal.  Hopefully by making such a reference, people that are totally unaware of Fred Hampton will do some searching and learn about everything that went down.

It kind of reminded me of the trouble that Rick Ross got into with “B.M.F.”.  What are your thoughts?