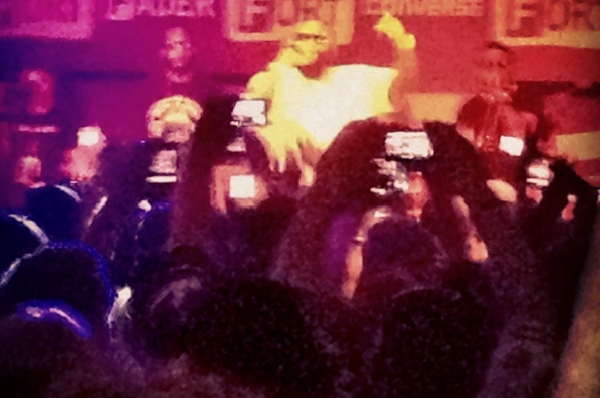 SXSW 2012 was my favorite Austin trips in a while.  In 2010 we recorded Closed Sessions: ATX, and while that was an unforgettable experience, I never left the house and also didn’t sleep. At all.  Last year we released the album during our time in Austin, and while we did a really dope party with Yelawolf, Stalley, Outasight and others, the rest of it is a blur.  This year, I went down there with really the only expectations to meet people, have some fun, help my students with their showcase, and throw another dope party with MTV2 Sucker Free.  I was able to do all that and more.

On Thursday we hosted Digital Freshness ATX vol. 2.  It was a party to announce the release of Closed Sessions Vol. 2, which will be dropping soon via MTV2 Sucker Free.  The party featured performances from Jon Connor, Boldy James, Chance The Rapper, Rockie Fresh, L.E.P., ShowyouSuck, Tito Lopez, Hollywood Holt, The Cool Kids, Mr. Muthafuckin’ eXquire, YP, Scheme Rockwell Knuckles, Raekwon, and even Yo Gotti.  Yup, Yo Gotti.  It was a great time, and really great to see so many Chicago people celebrate with us in Austin.  Smif-N-Wessun, G-Side, and even Mel D Cole came through as well. The re-cap video will also be up soon.

On Friday my students in AEMMP Hip Hop at Columbia College through a day party for their new album with Thelonious Martin.  It went a lot better than I even imagined. No problems, no late artists, and a packed crowd throughout the day.  After their party, I caught up with the homies of dubFrequency at the W, where I was able to meet and talk with 9th Wonder as well as the homies 6th Sense and Outasight.

While I didn’t get to meet Andy Cohn of The Fader as I hoped, he did hook me up with a special invite to eat dinner with Nas and Steve Stoute on Friday night.  That dinner and party was really dope, and shaking Nas’ hand was a definite highlight of the trip. Steve Stoute is a visionary in terms of marketing and music, I was honored to be there.  Also on Friday, I was able to finally meet Shake at the 2Dopehouse before I hit The Illmore where Mike Dean told everyone he could about my interview with him, and how it was one of the best articles he’s seen written about his life and times.  That was pretty fresh to say the least.  The Fader Fort was where I spent Saturday, taking in the sun and the music before hitting up some other showcases and catching random stuff.

All in all, SXSW 2012 was a great experience.  I have a ton of emails to catch up on.  Check out some instagrams below from my trip.