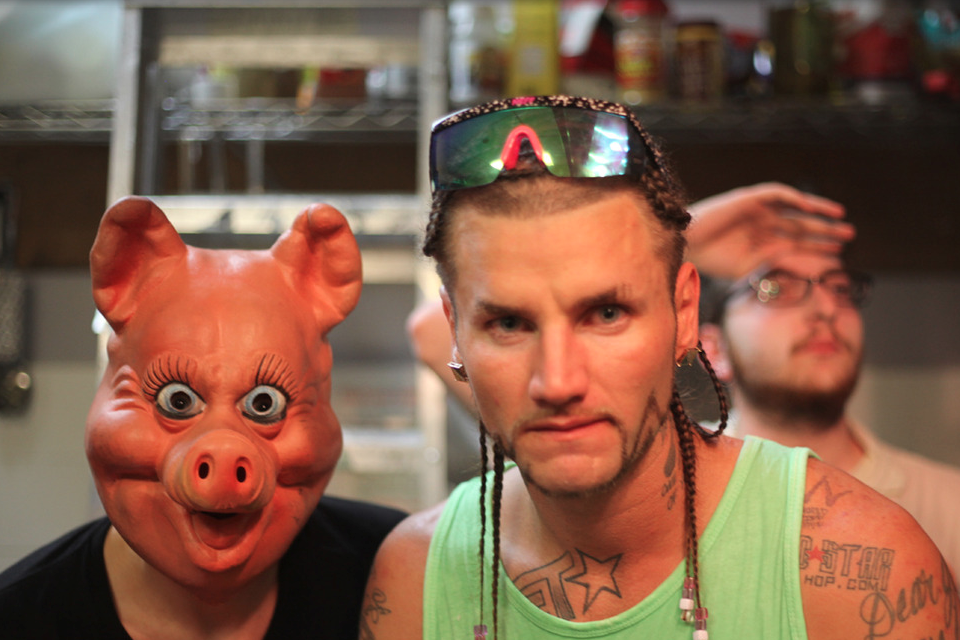 It’s 9PM on Friday night, and I’m drunk.  I’ve been at Reggie’s for almost two hours, drinking free PBR’s, followed by more age appropriate imports, waiting for the same thing that everyone is waiting for, RiFF RaFF.  The thought of me ever waiting to see an artist like RiFF RaFF is surprising to me, and to many of my friends who were also at Reggie’s that night, also waiting to see RiFF RaFF.

It’s been that way for me, and many others, increasingly over the last few years.  As me and my peers grow up and out of our Hip Hop snob stages, music fans and critics throughout the country are holding artists to fewer and fewer standards, and being less rigid as to who can do what, and how it should be done.  I don’t think it’s as much that the old rules don’t apply, it’s more so that their application has changed. It’s like we’ve collectively decided to “stop hating,” and let artists live.  They don’t need to be placed in the same category as Nas, but they have a category, and it’s cool.

“There’s more and more people who are different and they’re accepted,” RiFF RaFF tells me backstage about his own growing acceptance, shortly before his performance.  “So it’s like, ‘damn, OK.  Riff Raff’s been doing this for a minute, why haven’t we accepted him?'”  While it’s not a complex explanation, it’s almost spot on, as RiFF RaFF has been able to go from being considered a joke in many circles, to kind of a joke, to kind of serious.

A big part of this transformation was RiFF RaFF’s recent signing to Diplo and Mad Decent, as well as records with Action Bronson and Alchemist, two artists beloved by Hip Hop Heads. Even the ones that are still “hating.”  This change is interesting, especially given that RiFF RaFF hasn’t really changed anything at all.  He’s hasn’t conformed to any Hip Hop standards, in fact he only goes further into his own direction.

“I’m not going to do what someone else wants me to do to make them like me.  I couldn’t care less,” RiFF RaFF says.   “I’ve started fully at the bottom, I’ve had people hate me since day one. It’s nothing going to change now, if anything, I’m going to keep continuing to do what I do and hopefully I’ll gain fans and succeed at everything. I can’t change based on somebody so-called liking me or not.”

In this new interview, I talk to RiFF RaFF about why he embraced Chief Keef early on, signing to Mad Decent, why people like him, and more.  Hit the next page to read the full interview with RiFF RaFF.