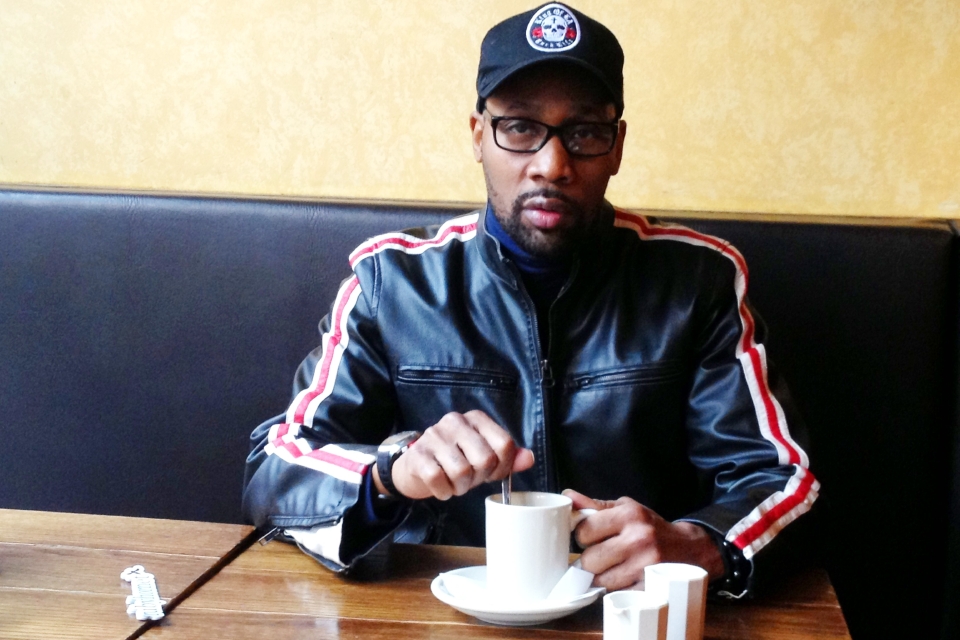 Two weeks ago, on a rainy and cold Saturday afternoon, I had the opportunity to sit down with the Rza and pick his brain about the Wu-Tang Clan and his upcoming film, “The Man With The Iron Fist”.  Over coffee in Wicker Park, Rza opened up about his abilities as a filmmaker, how being the leader of the Wu prepared him for his current endeavor, and his secret weapon: passion.  Peep Rza insights below, and look for our video feature to debut next week along with the release of “The Man With The Iron Fist”.

Passion as a secret weapon:

“I’m a capable person. I think I’ve proved that through my musical career and really starting from zero and being able to take not only myself, but a bunch of families with me. I proved my capability. When I’m passionate about something, I’m the first fan of it. I’m the first dedication and I think people know one thing, my passion definitely did help inspire them. It’s been proven when I’m passionate about something, I bring it to life.”

How Wu-Tang Clan prepared him for a film career:

“It was actually the best training I could ever have.  I didn’t know that.  I wasn’t conscious that all my trials and tribulations, good times and bad times with Wu-Tang would help me become this kind of psychiatrist of thinking towards other artists and talents. But also one of the biggest things that helped me is that I’m an artist. I understand the grind, the gripes. I understand right now we’re getting out early in the rain to sit here and talk to you about a film instead of on the bus, curled up warm. I understand how it feels, so I appreciate what an artist does. As a director, I’m going to have compassion. There was a situation where we just had a problem, some of the producers were like, ‘push through it, push through it, push through it.’  I was like, ‘no, no, no, no, no. You’re not going to push through it. You’re not going til he’s ready.”

“I was sure that music was the savior of me, and my community, and my buddies… I don’t need to be praised for nothing. There were days I would come to the neighborhood and be talking my mouth off about what we needed to do, what we were going to do, and how it’s going to be. Sometimes they’d talk this way, talk that way, cause they weren’t sure, but I was sure.  I guess now that I think about it, I was passionate and my passion brought them along, and they agreed with me.  It’s a blessing. I knew musically it was going to succeed. I was very confident…  The difference between me as a director and me as a Hip Hop artist is that I know that Wu-Tang and myself and this organization was the best!  I knew I was the best.  Now, in film I can’t say that yet. I got a long way to go. But in a few years, if I really master this craft, I won’t be shy to say, oh, I got the belt right now.”