[Interview] Talib Kweli: You Must Have Forgot 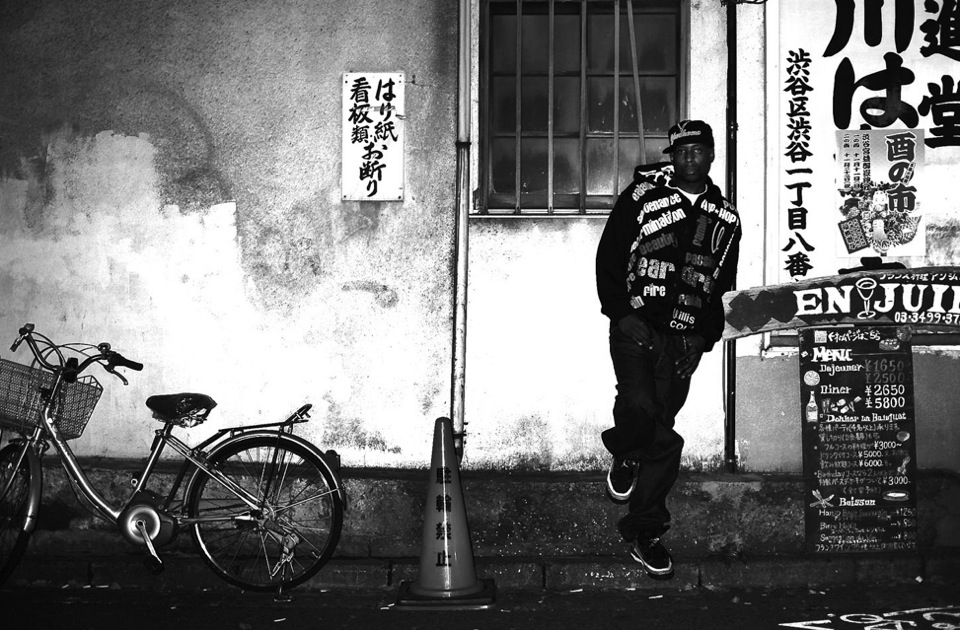 Between teaching at Columbia College, creating content for rubyhornet, and spending time at studio sessions with the #SaveMoney and Village kids, I spend quite a considerable amount of time with people in their early 20’s.  And I’ve started to notice something.  The music that they listen to, the beats they choose to sample, and the styles they most emulate are strikingly similar to the ones that my friends and I had in our late teens and early 20’s.  There’s a reason Chance The Rapper was as excited as me to do a session with Typical Cats, why Joey Bada$$ wants to bring back the Golden Era, why the Styles of Beyond article is one of the site’s most popular, and why Kids These Days’ new LP, Traphouse Rock, carries sounds that were buzzing in the hallways of my high school, the music is coming back around.

A return to the Golden Era isn’t cool coming from a bitter 45 year-old, but when it’s Mac Miller or Kendrick Lamar picking up the torch, a return trip to the past doesn’t look that bad.  For many, Talib Kweli is synonymous with golden era and post-golden era Hip Hop (commonly referred to as The Rawkus era). Talib Kweli crafted one of Hip Hop’s best albums as part of Black Star with Mos Def, then gave the culture one of its most iconic singles in “Get By”, and several high quality LP’s on the solo side and with producers such as Hi-Tek and Madlib.  He came into the game with the spirit of a jazz player, collaborating with various artists, and constantly working on new side projects.  He was also one of the earliest champions of Kanye West, as well as the concept of the free digital album.

While we experience the second wave of the golden era, or whatever you want to call it, Talib Kweli is making some of the best music of his career.  His recent mixtape with DJ Z-Trip, Attack The Block, was the real deal, and everything from his forthcoming full length, Prisoner of Conscious, has hit its mark as well. It feels like there’s a new energy surrounding Talib Kweli and his new music, although he’ll say it’s just that we are finally noticing.  “I’m looking forward to hearing people say how they forgot how dope I am,” Kweli told me about the October 23rd release of 6th solo album.  “They’ve been focusing on lesser MCs for so long.”

In this new interview, Talib talks with me about his new album, his new way of reaching the fans, what he remembers from his time on Rawkus, and much more.  Hit the next page to read the interview in full. Enjoy. 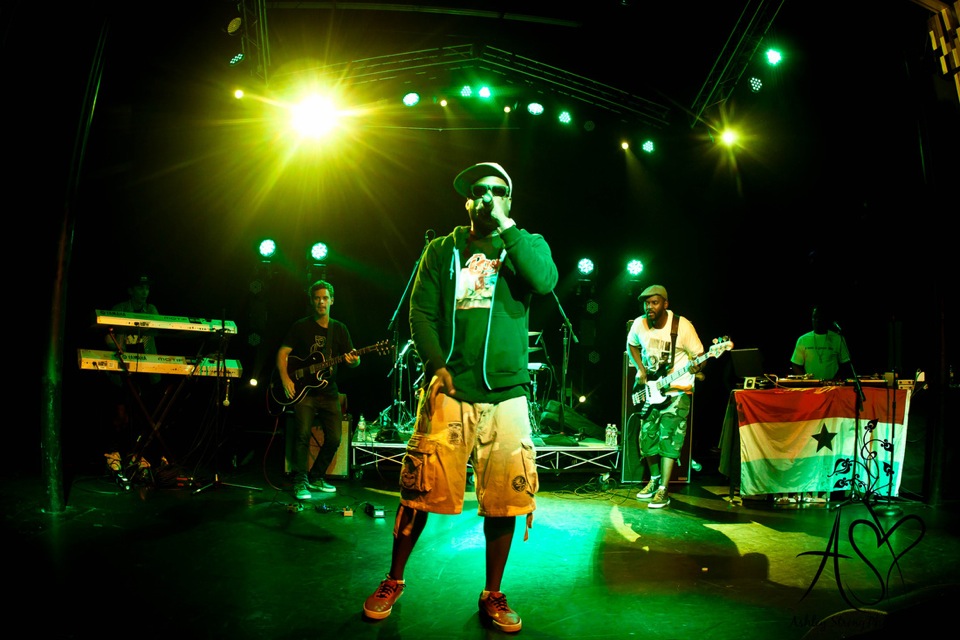 RubyHornet:  I don’t know if this is just me being excited to hear the all new music, but it seems like there is a really good vibe coming from you and energy around Attack The Block and Prisoner Of Conscious.  You’re on social networks a lot and also travel quite a bit. What kind of energy are you picking up right now? What’s the mood like heading into the new releases?

Talib Kweli:  Well, I constantly create new music but I think I am navigating the internet better now and becoming smarter with when and how I release. I haven’t had much industry support from TV, radio, DJs etc for awhile, even though in my opinion every release is strong. So I had to figure out a way to release music and get the eyes on it. The timing, the visuals, choice in collaborations are part of a master plan.

RubyHornet: If I’m not mistaken, this is your 6th solo studio album, and if we count the releases with Madlib, Reflection Eternal, Idle Warship and Blackstar, it’s  your 11th. Did you envision coming up on an 11th release? How might some of the pressures, or preparations for this album now in you career compare to some of the pressures and preparations for your first LP or other early work?

Talib Kweli:  I never imagined 11 albums, so I am truly blessed. I realize that this is a young man’s game, so I am also blessed that I continue to remain relevant. Truthfully, I’d like this album to do well so I can focus on other projects outside of Hip Hop. But even if it doesn’t sell well, the songs are so good that I will be able to tour off of it for quite some time.

RubyHornet:  I read that you’ve been focusing a lot more lately on making music that will make people happy, as well as the live performance aspect.  Is that reflective in Prisoner of Conscious? I heard one song that 6th Sense produced that was short, and more free form about the different aspects of love.  Are we getting more of that on the LP, along with what we’ve heard like “Distractions”?

Talib Kweli:  My focus is on making music that makes ME happy first. On Prison Of Conscious I went all out with the musicality, and tried to be less beholden to a “Hip Hop” standard. And now that I tour with a live band, it does affect the musical choices on the album. The album asks the question, how do we go from a song like “Distractions” to a song like “Kilo’s of Love” (the 6th Sense joint)?

RubyHornet:  You also have a mixtape with DJ Z-Trip that dropped, Attack The Block.  What do you see as the relationship between these two works? Do you follow at all what’s happening right now with artists such as Mac Miller, Curren$y, Wiz Khalifa and others being sued over samples used in promo mixtapes?

Talib Kweli:  Working with Z-Trip was an absolute pleasure, I learned a lot from the homie. There were songs like “Letter From The Government” and “To The Music” that were on the mixtape and not the album for sample clearance reasons, and I am glad they were still able to come out. In regards to suing over mixtapes, with all due respect to any artist who feels they were taken advantage of, suing over a free mixtape is a bad look in my opinion. This is Hip Hop, we borrow from our past, that’s what we do. And if it ain’t being sold, you really have no wins, no matter how many youtube hits it gets. Either way, ain’t nobody pulling that with me, I’m down by law. 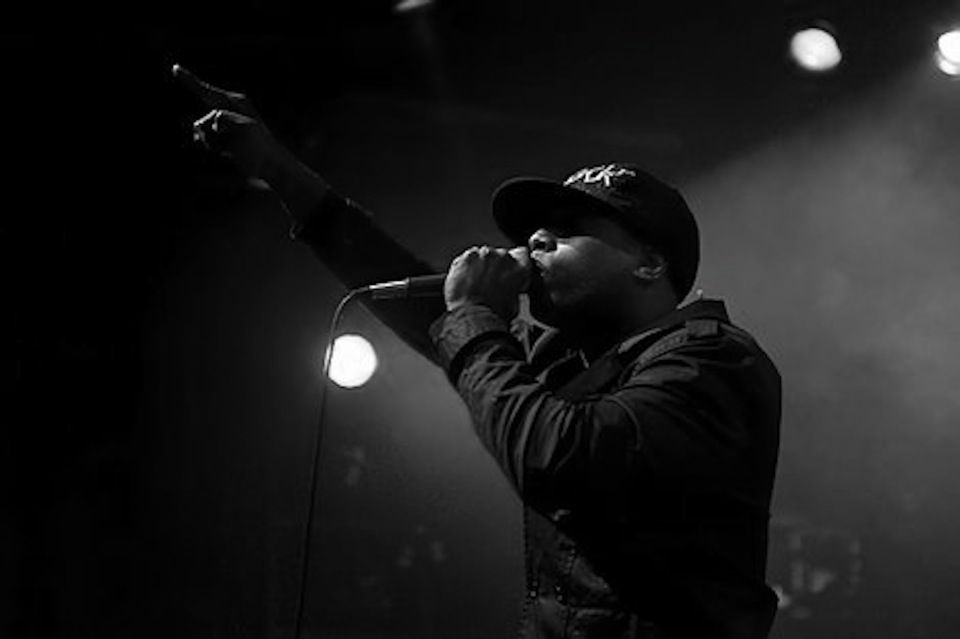 RubyHornet:  You made a post on Twitter a little bit ago and said, “I’m glad y’all liking the new music… I’m always working but I strategized different this time…”  What was it that clicked or made you switch up your approach?

Talib Kweli:  Just knowing that I have dropped a lot of great music that so called fans don’t check for because it aint pushed to them right. I have many fans who think I stopped after Black Star or “Get By”, because they don’t see me on TV or hear me on radio. I needed to get their attention. You shouldn’t have to miss me, I’m always here.

RubyHornet:  “Push Thru” features Curren$y and Kendrick Lamar.  Is it any validation for you to see them, and other artists like them, that are young and making the substance-filled Hip Hop that you have not just championed, but really helped to innovate and push along?

Talib Kweli:  Curren$y set a gold standard for independent artists. He never waited for the industry, he created industry around him. I learned from watching him, AND I love his music. Kendrick came by my house years ago when Devi Dev and DJ Eque used to have a radio show there, and I knew then that I wanted him on a song. When I saw him blowing up a year ago I decided to ask before he got too busy. Kendrick is the truth and it excites me that a new generation fucks with him so heavy. He ain’t flossing, he look like a dude from the neighborhood, but his rhymes shine. It’s real.

RubyHornet:  I have an old Complex Magazine cover on one of the walls at my parents’ apartment in Chicago where I grew up.  It features Kanye West, the Beastie Boys, and yourself on a golf cart and kind of profiles all of you as representing a different generation in Hip Hop.  What do you remember about that time and that shoot?  Looking back on it, it’s a pretty cool piece of history.

Talib Kweli:  Kanye was starting to blow up, but he was still not as big as the Beasties and he was geeing out to meet them. I had been touring with them, so they were my friends at that point, but the history of that shoot was not lost on me back then. I really can’t explain why they did that cover, or what the point was, but I am very glad it was done.

RubyHornet:  I was reading Rolling Stone today, and they had an interview with Dave Matthews and he said that his really hardcore fans make it tougher for him to make new fans, but at the same time they show so much support.  As an artist with some diehard fans as well, do you relate? Is that part of Prisoner of Conscious?

Talib Kweli:  Wow, I completely relate. I have older fans that are so nostalgic for my past music that they are dismissive of anything new. I personally feel I have grown as an artist by leaps and bounds and that I make better music. how could I not? But people attach music to memories. And that makes them support me whether I have a hit or not.

RubyHornet:  About a year ago, Mos Def changed his name to Yasiin Bey. He said that he didn’t want any separation between how he saw himself and how the fans see him.  I understand that to also be about an artist defining himself and his art, not letting others do it. How much is that on your mind, if at all?

Talib Kweli:  It’s been on my mind since I decided to MC by my own name.

RubyHornet:  Okayplayer wrote about your new song, “To The Music” with Maino and 9th Wonder. They described it, “The soulful feel of the 9th Wonder track takes me right back to that moment when Rawkus records was making moves and a small cadre of rap commandos were attempting to storm mainstream radio stations with their underground sound.”   I want to ask you a question about Rawkus, which I also asked El-P of Company Flow when I interviewed him in May.  We were talking about the early Company Flow and Rawkus days and the impact/influence that time period has had on a lot of my peers, and myself as well. It seems like it can be romanticized to us, or maybe we look back at it with rose colored glasses on everything.  With you being on the inside of that, what sticks out to you about that time? Do you think back on that time and what it meant for Hip Hop as it stands now?

Talib Kweli:  El-P has a different take I’m sure, but Rawkus was a great thing for me. Company Flow helped create the Rawkus that I joined, so they would have a different perspective. Black Star followed Co Flow’s lead, and while Rawkus made many mistakes, I am grateful for the opportunity they gave me and what they invested in my music. Rawkus won by filling a void, we won with vinyl and by respecting the rudiments of the culture.

RubyHornet:  Lastly, what are you looking forward to the most about the release of your new mixtape and new album?

Talib Kweli:  I’m looking forward to hearing people say how they forgot how dope I am, because they’ve been focusing on lesser MCs for so long.