[Interview] The Tao of Mic Terror 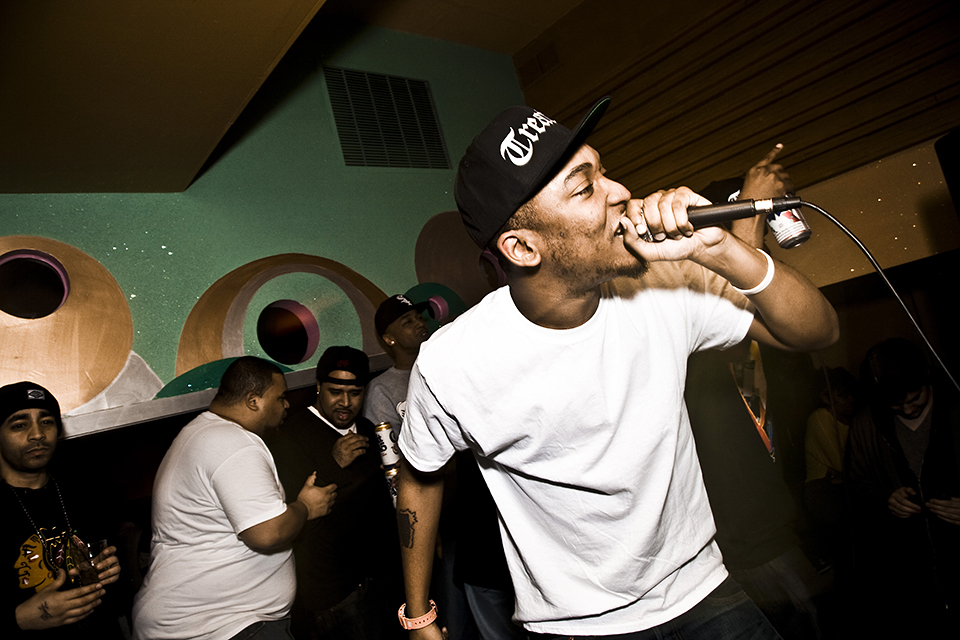 I’m sitting next to Mic Terror, both of us are looking straight ahead at a giant cube that sits just four feet away from us in the middle of the United Center. In just a few minutes, the large cube will light up and one of the greatest rappers of all time, Jay-Z, will use it as a stage when the lights drop low and The Watch The Throne show starts. If either of us got the brilliant idea to give Jay-Z a high-five during this performance, we could. We’d probably get a good 30 seconds in before some security guard grabs us, takes us backstage, and then it’s really anybody’s guess what would happen from there. If you only know Mic Terror through songs like “Hioooo” or “Juke Them Hoes”, you may expect Mic to do just that. Slap Jay-Z a high five, grab his crotch, give the crowd a loud “hioooooo…. Mic Terror in the house” then jump off stage. But when Jay-Z hits the cube, Mic is just chilling and taking it all in. In fact, Mic’s just a chill cat with an off the mic persona that can be in direct contrast to the Mic Terror that first came onto the music scene a few years ago with the songs mentioned above. 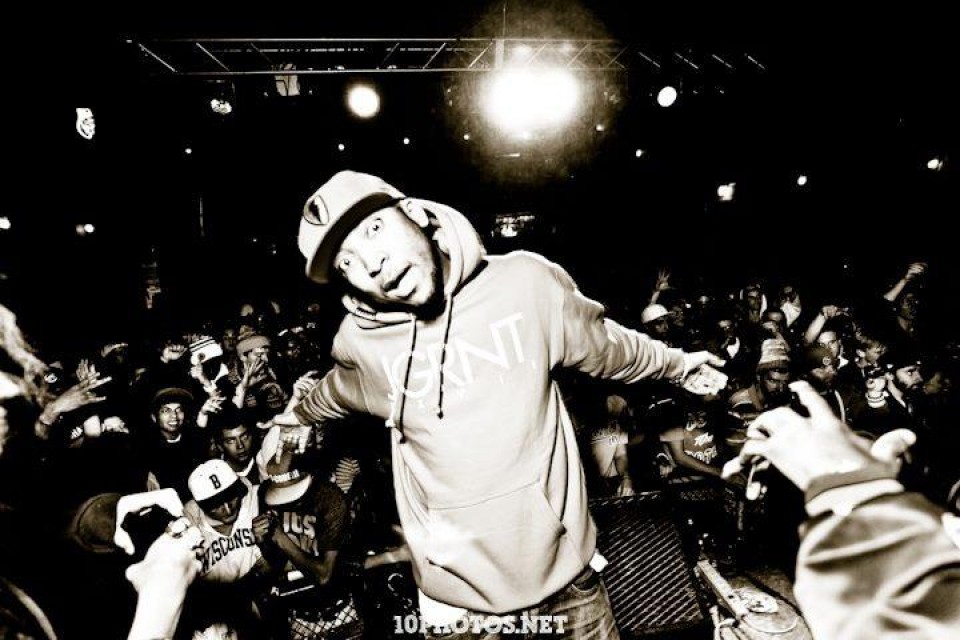 It turns out Mic Terror is a thoughtful person with many sides. He’s just as much into comedy movies like “Fear of The Black Hat” as he is a student of philosophy and history. “I would definitely say that I’m big into Taoism, and I’m big on balance,” he says. “Whenever I put one type of energy out, I’ll usually put the other out right beside it to balance. I got philosophical s**t on my new project, Riverdale The Musical. I read a lot of philosophy and s**t. It kind of oozes, comes out in some way. I’m in the hood at the same time, so the ignorance comes out along with it.”

That balance is front and center on “Habibi”, the new single from Mic Terror’s forthcoming Riverdale The Musical, which will be released on Christmas day. The song takes place inside Mic’s neighborhood liquor store, where he has a conversation with Habibi, the store’s owner. The two discuss Arab and African-American relations, the purpose of religion, as well as politics. Yet in true Mic Terror form, there is still room for Mic to make sure Haibbi breaks him off with a pack of Trojans. “That’s just the balance that’s always there,” he tells me about the song. “I never forget about one thing cause I’m on something else. The whole one dimensional thing, I can’t even really do it at one time. Every piece is always gonna come out at all times. It’s like, ‘God body woo woo… but, these b***hes are looking at us right now. I still see them looking…” But that also says too, it’s kind of like, how seriously can you take all this s**t? You’d damn near kill yourself trying to take it all seriously. You don’t got time to real worry about it. I know it’s there, but I still got to live.”

Mic Terror’s been living in an interesting space for the last few years, one of full of promise and potential. As early as 2008, Mic Terror was listed amongst Chicago’s “next to blow” a list he still inhabits every time one is put together. It’s not something that goes unnoticed by the Riverdale emcee, or something that he takes for granted. “Really, it’s just more so proving it at this point,  just delivering what the people have been waiting for me to do. So, it’s definitely just like business sets back a lot of things like that, and just life in general. So, you gotta stop and pay bills and things of that nature for a while. I will say this, I’ve never seen anybody hold onto that as much as me. I think a lot of people would’ve stopped looking. The fact that people are still looking at me in that light is like a sign. It’s like, ‘ok, I’m sitting on something.'” That belief has kept Mic going and served as an added fuel. “I’ve seen a lot of people come and go and I’ve just been here. I’m just here like, ‘I’m still here.’ They’re like, ‘I know he’s gonna do something. I’m just waiting.’ And I just got to deliver that to them at this point and I’m going to deliver it 10 fold.”

While Riverdale The Musical is Mic Terror’s Christmas gift to his fans, it’s not the last project we’ll see from him in the next few months. So while some people are asking Mic why things are taking too long, to him and his Treated Crew, this is perfect timing. “Man, this is very good timing. Everybody’s on their grind,” he says about Treated, which also includes artists such as Hollywood Holt, Million $ Mano, Gzus Piece, Sulaiman and Jon James. “A lot of people, especially in the Chicago scene, we were together, but not really. And everybody kind of fell on their face to some degree. It was like, ‘they’re gonna be the…’ and then it was, ‘oh no, they’re gonna be the…’ Then it was like, everybody was more so competing with each other instead of working together. And everybody kind of fell and it was like, ‘OK, let’s regroup, figure out what we did wrong.’

Mic sees Chicago artists fixing previous mistakes by working together more often, and taking ownership of a sound and style that was created in the windy city, yet is used all over the map. He continues, “At the end of the day we have a lot of people biting us. The LA movement is actually a bite of us, and they’ll admit it whenever we’re in their city. Like, ‘I was listening to you the whole time.’ It’s like, they know. And they’re not better than us at what we do either. None of these other movements are better. We have the most gangster rapper here, they’ll kill you way further than that other dude will. We got the freshest dudes. You’re not out swaging Mano. You can’t! You’re not gonna out rap me. It’s just really about regrouping and getting rid of the last little pieces of the crab mentality that we had. I think we got rid of a lot of it compared to the generations before us, but, we still have a little bit of it leftover. I feel like we’ve really gotten rid of it. I’m working on an album with Chuck Inglish. Those have been my friends for a long time, but I’ve never done anything with them. I got like 3 songs with Mikey Rocks now. We’re all working. And not just them, I’m f**king with LEP. Everybody is like, ‘yo, we got to do this.'”

Mic Terror’s new album, Riverdale The Musical, will be released December 25th. It is just the start to an onslaught of new material from Mic who is in “Tupac or Lil’ Wayne mode,” he says. “I’m like a three song a day type of n***a at this point, pumping them out and really in my mode. I got way more.” Hiooooo, indeed.