Kanye’s Good Ass Job Is Finally Coming Out With Chance The Rapper. And The Universe Wouldn’t Have It Any Other Way. 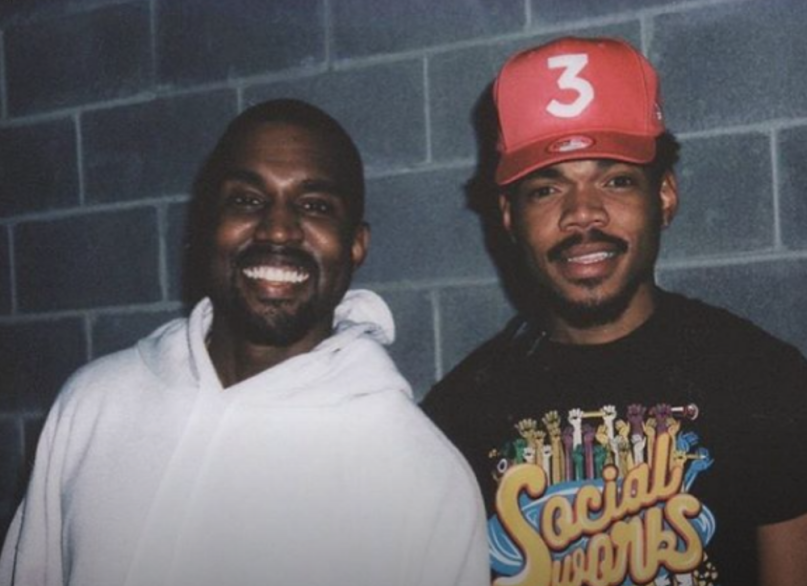 “I could only really attribute my fascination with Hip Hop to Kanye West.  2004 was when College Dropout came out and I was in 4th grade.  This girl who I had a crush on, her mom made her give me a birthday present and the present she got me was an unedited College Dropout CD. I didn’t listen to rap before that. And I just had a little walkman that I would walk around with at all times, playing that and rapping all the lyrics all the way through.  As soon as I played it twice I was like, ‘OK, I’m going to be a rapper when I grow up. This is what I’m going to do.  Kanye is raw as hell.’” – Chance The Rapper, May 2012.

I know that’s a long title. And this article might be a little unclear, in truth, I’m still kind of thinking through what I want to say. But, I have to go teach a music business class at Columbia College in 45 minutes and want to get this out before I can consumed by the classroom. I guess I’ll start here:

Yesterday, Chance The Rapper hosted another Open Mike, the monthly gathering for and with high school students who are given a stage to say and do whatever they want. Each month, Chance brings in a special guest to perform after the kids. It’s not a secret that Kanye West has been in Chicago the last couple weeks, working with Chance as well as reconnecting with old friends like GLC, Really Doe, and Rhymefest.

I had a hunch that Kanye would pop out at the Open Mike (this was his second appearance), and sure enough, Ye did just that. He treated the crowd to some pretty good news, Good Ass Job, the album title that has been in play since he released The College Dropout, and was supposed to follow the release of Graduation, will finally see the light and it will be done as a collaborative project with Lil’ Chano from 79th. How’s that for some ill shit?!

This is pretty significant for several reasons. First, Kanye just being in Chicago for so long is a pretty big deal and inspiring a lot of people. Second, he’s reconnected with some of his old crew like the aforementioned GLC and Rhymefest showing that you can always mend fences. Third ,they say a true measure of someone’s worth is shown through the younger people they inspire and what those younger people do. Chance is pretty much a living, breathing, walking, and talking demonstration of the “good ass job” that Kanye has done through his music. As you can see from the quote at the top of this article, taken from our 2012 interview with Chance, Kanye flipped a switch in Chance’s brain, one that has never gone off. I can only imagine what 4th grade Chancellor Bennett is thinking right now, or even what 2013 Chance The Rapper is thinking – the one who made “Good Ass Intro”.


We don’t know when this album will be released or when it will be finished. We do know that it’s becoming more tangible. We know that you can speak things into existence. We know that with hard work, your heroes can become your peers. And we know that despite what happens, you can go home again. No Coldplay. Shouts to Chance. The energy made this possible.

Oh, and if you guys ever need a studio… I think I know of a good one. Hit me.