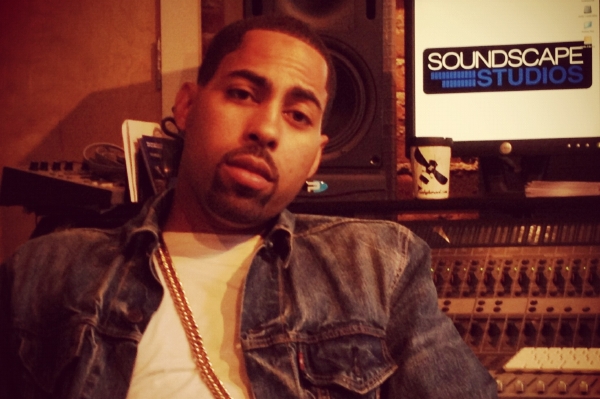 “It’s not about signing the deal,” Mikkey Halsted tells me, sitting comfortably at SoundScape Studios.  Mikkey is in town for a couple days, taking a break from recording in L.A. with the likes of The Legendary Traxster and No I.D.  Halsted has been in Los Angeles since the start of 2012, moving his entire family out West to focus on new music.

“That’s something I celebrated when I was 19 years old and I did my first one,” he adds about signing a record deal. “That’s something, ‘oh man, we signed, we’re on.’ Naw, get on the schedule and come out,” he says, reflecting on years of delays, setbacks, and label problems.  After releasing The Dark Room independently in 2010, Mikkey laid low for a while, crafting new music with Traxster and No I.D., as well as Don Cannon and most recently, Young Chop.  Mikkey will release the first batch of new music later this month in the form of his new mixtape, Money Making Mikkey Season.  It maybe the first release, but it won’t be the last. Mikkey told me that he has another mixtape dropping this summer with LRG, and we may even see one after that before the summer ends.

“We’re trying to craft something that is going to take over the world. It’s not something that I’m rushing. I’m about to give you guys great music,” he says about his new material.  “We’re about to take this buzz to a whole other- Like, people thought I had a buzz two years ago. I’m about to take it to a whole other stratosphere.  The quality of the music is going to be the reason behind the buzz. Not no other bullshit, not no gimmick, none of that.  It’s going to be the quality of the music. Is this rapper going to be the next one that can go down on the Mt. Rushmore of Hip Hop? That’s what my goal is. That’s what my goal has been from the beginning.”

Mikkey also spoke to me about taking a chance when moving out to L.A., his take on Chicago’s music scene, and even reconnecting with Kanye West.  Look for the full interview coming soon on RubyHornet.com.