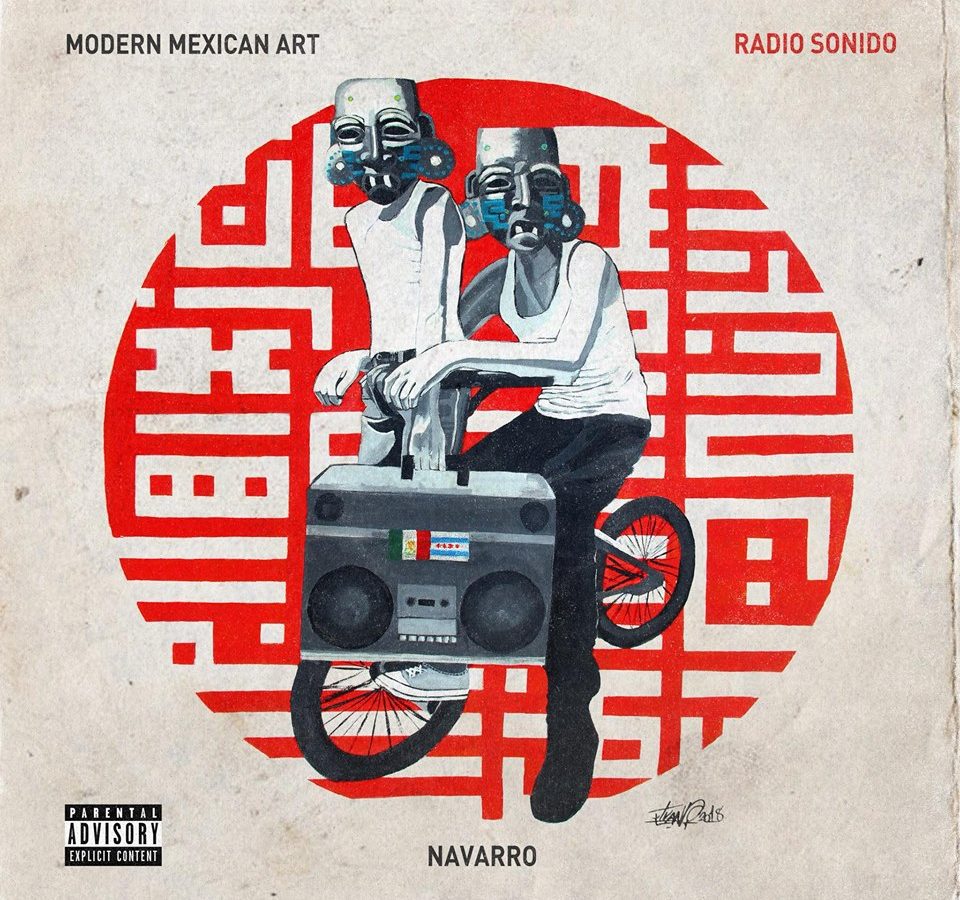 “I done paid my dues and have some changed left.”

Navarro, known well throughout Chicago’s underground Hip Hop scene as Scheme, returned in April of 2018 with a new album centered fiercely on identity and story-telling. The LP, Modern Mexican Art: Radio Sondido, plays out like a documentary set in Chicago’s Mexican neighborhood and narrated by the polished emcee.

The album is timely for many reasons. As Donald Trump and his administration continue to harm the immigrant community (and all communities of color), Navarro’s perspective as a first generation American who fell in love with Hip Hop is welcomed and needed. Since his last proper LP, Navarro has changed his name, created a successful after school program and also has a growing daughter. Those kind of life changes will force anyone to really examine their life and decide what is most important. As an emcee with over a decade of experience, Navarro has had to clearly define his priorities as well as how he fits into the current climate of commercial music.

Duality is an inherent part of the immigrant experience, and Modern Mexican Art succeeds the most when that duality is at the forefront. The album’s first track, “Sin Singre En Las Venas” is a perfect example of the recipe as Navarro raps in both Spanish and English over hard drums provided by long-time collaborator, Nascent. The track also welcomes listeners into Navarro’s world, using old audio about Mexican immigrants and the ways in which they have used music for escape, empowerment, and action.

Action is the subject of the album’s second track, “Feel The Earth Move”, another track with Navarro in his bag, clearly displaying his lyrical skills. Tracks like “The Jordan Era” and “City Never Sleeps” featuring GLC bring in the Chicago perspective and add some lightness to the album. “Timeless”, produced by Panik is another favorite on the LP, with Navarro recounting his experiences as an emcee and the frustrations with hitting a ceiling as far as recognition and accolades in the first verse. The second verse, he adopts the perspective of greed and motivation, showing the search for such accolades and success as a relationship and actor in the frustration.

The album ends with “Final Peace” a dedication to Hip Hop culture, something that gave him a voice when he thought he had none. I feel like this is the track in which Navarro brings everything together – his current family needs, his place in music, and a love for Hip Hop above fame. It’s a sentiment that’s not popular, but needed.