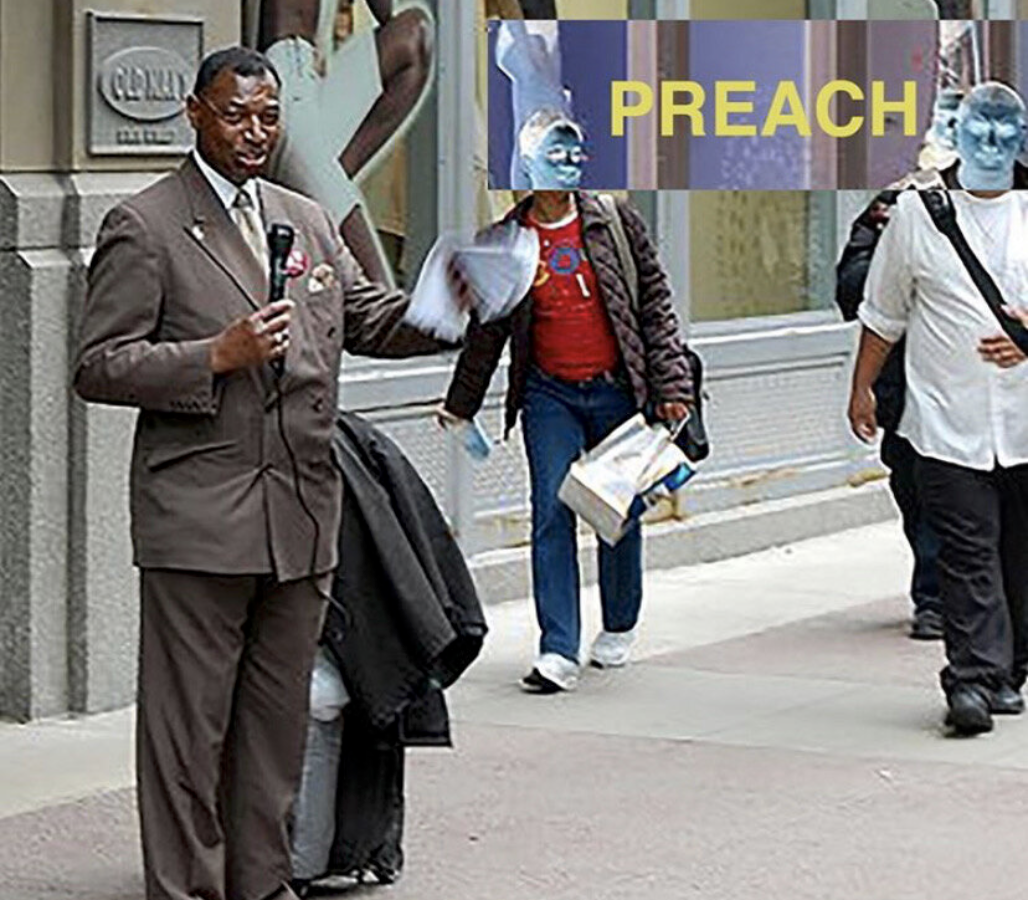 Founded in 1982, AEMMP is the longest standing student-run record label based out of  Columbia College Chicago. Built around the career goals of the students, AEMMP offers roles in music management, production, and for musicians themselves. Last month, the label dropped the hype-track “Preach,” which pays homage to classic Hip-Hop while also showcasing the talents of young rappers Post n Jimmi and MUGEN! The Human. In a virtual interview with both the collaborators, the artists spoke to rubyhornet about their experience moving remotely, as well as the deeper implications of the track.

Post n Jimmi is a duo consisting of Jay Post and Jimmi G, Chicago natives who play off of experimental and abstract themes within their music. Last year, they released the emotionally-ridden tape “Teenage Bullshit.” “Preach,” their first official release of the year, is set to a unique beat by California producer Coldwater, aka yunglame.

Jimmi revealed how the unsuspecting piano-based beat was really central to their concept of writing the verses. “I think me and Post kinda heard the sample and we thought it sounded like gospel, then  we heard some organ going on in the background, and it was very jazz-inspired at the  same time. So [Post] was like, preach, preach, preach. Then when we came through with the hook it kind of solidified into it. The verse “Can I get an Amen?” was very reminiscent of a call-and-response song. I don’t think it really has so much to do with reclamation of the word preach. Both of us are church-inspired, we both had some type of experience with it. So spirituality is something that’s been in our lineage in a way, that we just put over the track.”

“Preach” was meant to be the first single from the label’s compilation album, prior to the obstacles set in the wake of COVID-19. Student director Brett Zera explains that “Prior to quarantine, we released “Preach” with MUGEN! The Human and Post n Jimmi.  We also had plans for an additional single. These were singles from our compilation EP, which was supposed to come out at the end of the semester. Now, after quarantine began, we obviously can’t meet in groups or in a studio, so the recording process of the EP slowed a bit.” He continues, “some plans had to be scrapped, but we worked with all of the artists to adapt to our new situation which includes recording and mastering from home.”

Post commented that working with the AEMMP has been a welcoming and affirming environment. “Getting to work with the label for like the first time is pretty dope. I think it was a really dope experience to one, bring together different artists, and get to work with MUGEN. We met him earlier in the Columbia semester, and just getting able to do that collaboration and then meeting other artists. Then also working with Coldwater for the beat on “Preach.” AEMMP has connected us with a lot of musicians, but we’ve made good relationships with them. I’m definitely very grateful for that.”

Alternatively, the label has focused its attention through engagement and support of each other as students and creatives. For Zera, the idea of no more live concerts and events was a “sobering reality,” but “then after transitioning to online meetings, we found ourselves in a position where we could throw an online event or get left in the dust. Our first event was on Earth Day, where we had yoga, meditation, healthy smoothie tutorial and a panel with MUGEN! The Human, Post n Jimmi and Cellar Door.”

Student artists also had to deal with the crushing news that their live performances would be canceled, such as MUGEN’s canceled set at SXSW. The Maryland native and featured artist on the track explained that in addition to his showcase in Austin, “we were supposed to have a show on campus that ended up not happening. A lot of us were going to be involved with the end of year activities such as Manifest or Biggest Mouth, all that type of stuff. But the communication that we’ve had since they’ve shut down campus and stuff like that, everybody is still pretty motivated to get things done. Especially the guys running AEMMP, they’re really advocating for the artists, and advocating to make sure that the release is what it should be both content-wise and promotional-wise.”

MUGEN was planning on releasing a new solo project before the quarantine began, but it has held off due to the limitations set by the virus. Instead, he’s focused on working on some demos and has recently released a video for a Freddie Dredd remix. Meanwhile, Post n Jimmi have maintained their involvement at Young Chicago Authors and their Louder Than a Bomb online programming.

The student leaders at AEMMP are hopeful for their artists. Zera summarized that at the beginning of quarantine, “it was hard for some of our artists to find inspiration because of the initial feeling of being cooped up between the same four walls all day. However, over time, this weird situation became everyone’s reality and our artists learned how they needed to adapt. Now with a few weeks of quarantine under our belt, I’m seeing the artists feel more comfortable and inspiration is flowing again. The wheels are definitely turning.”

You can stream the single “Preach” now on Soundcloud and Bandcamp, and keep a lookout for continuing releases from AEMMP.