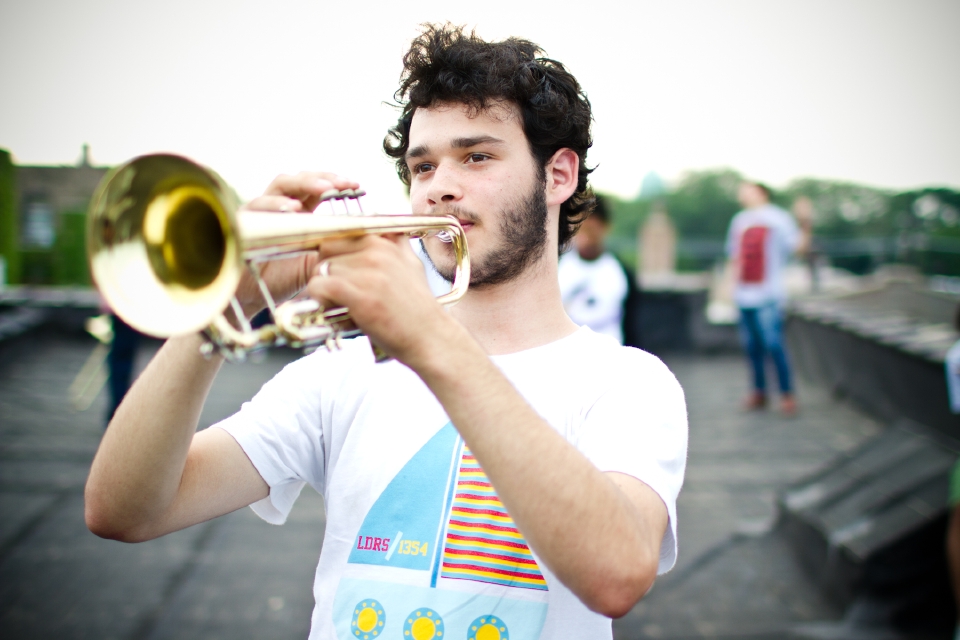 It must be interesting to realize your dreams just short time removed from being old enough to vote.  But so is the case for Nico Segal, Kids These Days’ 18 year old trumpet player.  “I’ve worked really hard playing the trumpet, practicing all the time, and this is all I’ve ever really dreamed of doing,” he says on a calm Chicago morning in the south loop. “I’ve always wanted to be a broke ass jazz musician.  You know what I mean? I just want to play the trumpet, and make music with people.  It’s been crazy, man.”

It’s definitely been an interesting 12 months for Nico and Kids These Days. Shortly after graduating high school, the band was onstage at Lollapalooza, appearing on year-end lists, and touring the country.  It’s a lot to take in for anybody, and via his new solo project IllaSoul: Shades of Blue, Nico is letting listeners know what’s been on his mind.  “This is me with a mic and talking a whole lot and letting people know who the man behind the trumpet is,” he says.

Hip Hop and Jazz have always shared a connection and a history.  That intersection is present throughout Illasoul: Shades of Blue, as well as Nico’s work in Kids These Days.  In fact, the title is a nod to his two main inspirations, J. Dilla and Miles Davis.  A couple weeks ago we debuted the album’s first song, “Dreamy” featuring Macie Stewart.  As we prepare to release Nico’s debut album, we take a closer look at the young musician with broke ambitions.  Read on to hear about the creation of the album, its relationship to his work with Kids These Days, as well as his collaboration with Coldhard of Crucial Conflict.