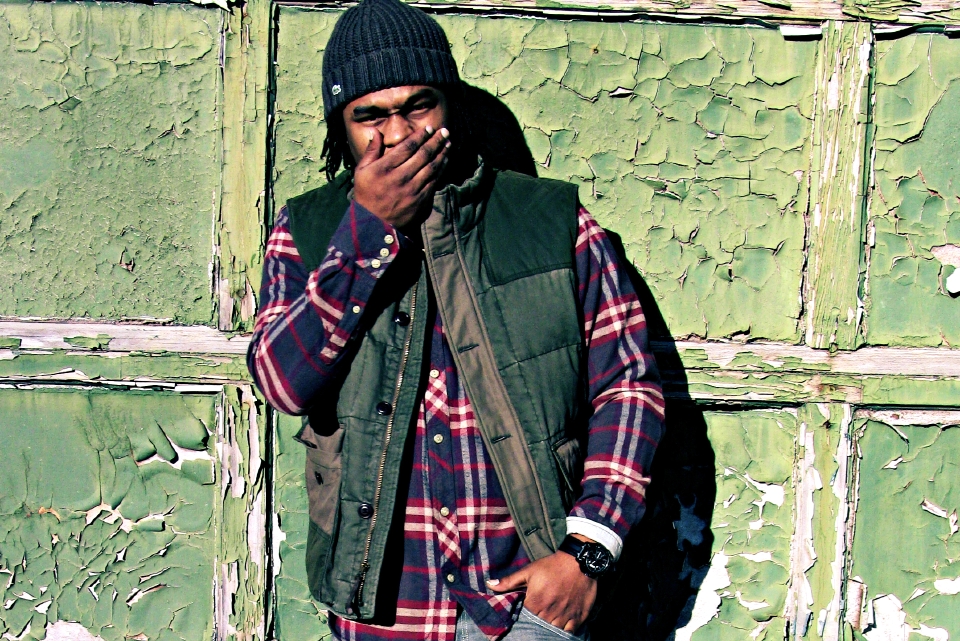 Hip Hop’s relationship with the American Dream has always been a dynamic one.  The music and the culture both came from a people often counted out or excluded from attaining it.  It took aim at corrupt social systems, and provided a window into worlds unknown by mainstream America. In the time since Hip Hop’s birth, it has come to redefine the American Dream and offer many of its best participants a real-life rags to riches story.  In current form, it seems like much of the music is either a celebration of life’s excesses, or, on the flipside a hunger and yearning for them.  Cleveland’s Tugun Cannon is right in the middle, a place he explores on his latest LP, The American Way.

Cannon has been making and releasing music since 2007, yet it is in 2012 that he is getting the most shine.  He hopes to follow the likes of Kid Cudi, Chip Tha Ripper, and Machine Gun Kelly, all Cleveland natives making moves on a national scale.  After performing at our Digital Freshness with Action Bronson, Tugun spoke with us about his most recent LP, being a new artist with 5 years experience, and more for this new RH First Look.

RubyHornet:  You’ve been releasing music since at least 2007. But as far as visibility, things seem to be picking up now. Do you still see this as an introduction, are you still a “new artist”?

Tugun Cannon:  Definitely, until the whole world has heard my music, I will always be a new artist. In this game you always gotta come fresh and new and different.

Tugun Cannon:  I’ve always been into the music and culture. We used to stand out under the streetlights and just freestyle all night. I  just want to be heard and touch the people that’s why I continue to write.

RubyHornet:  You recently rocked at our Digital Freshness party with Action Bronson, and before you went on you told me that it was your kind of scene, the kind of music, and vibe you feel comfortable in. What was it about that vibe that you connected with? What is your ideal kind of spot or sound?

Tugun Cannon:  More than anything it’s was a genuine vibe. You perform at some venues and people act like they didn’t come to see a show, but I can tell the people were ready to rock when I hit the stage.  I love good energy.

RubyHornet:  You played a record from your latest mixtape, can you talk about that song.  How does it connect to the people?

Tugun Cannon:  Everything I make is meant to connect with the people. I always make music that people can relate to on a daily basis, no matter the title or concept. There is a song for every scenario. It’s the American way.