RH In The Studio With: WebsterX 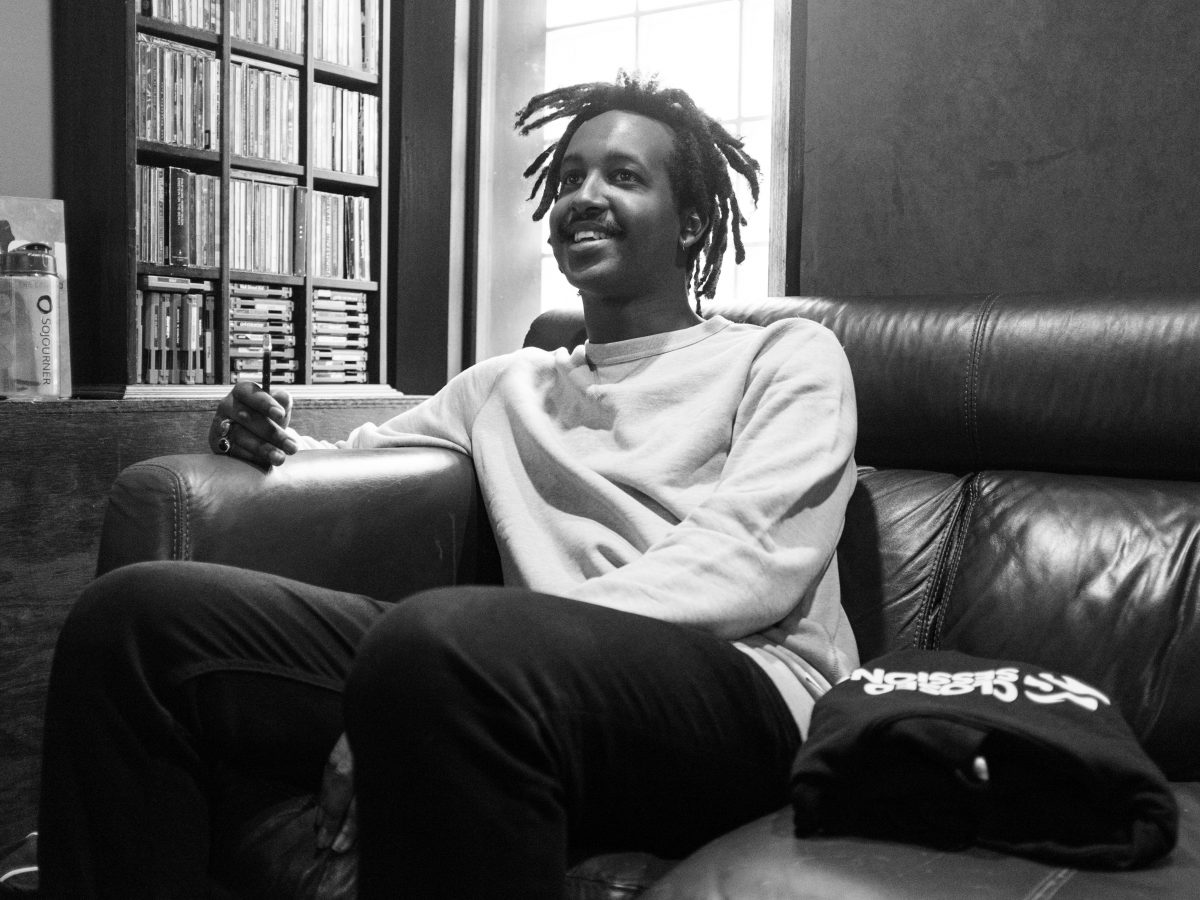 When I started rubyhornet damn near 10 years ago, one of the biggest things for me and Virgil was being the studio with artists. Just the idea of “the studio” was a magic place, something like behind the curtain of the Wizard of Oz. I remember those early days fondly of being in the studio with artists like Naledge, GLC, Mikkey Halsted, Rhymefest and many others. The studio is where Closed Sessions launched, where I first met a 15 year-old Vic Mensa, and got to watch a hero like Raekwon breakdown his approach to music. I think back on that time, my early and mid-twenties, running around like a kid in the candy store. I had a flip cam, and would just hit record. One of my favorite articles on RH were the in-studio pieces where artists would share their creative process and their new work. Since I’m back at rubyhornet, we want to get back to some of our strengths, and the In The Studio articles are at the top of the list.

For this edition, Cooper Fox hung out with WebsterX at SoundScape Studio. He talked to Web about his new music, life since Daymares, and got a glimpse of music to come. Check out the piece below, and look for more of these on the regular.

RubyHornet: What were you working on today?

WebsterX: I was working on this song with BoatHouse, that is either going to potentially be on his project or something for me. Right now I’m just making a whole bunch of stuff. Yesterday I cut nine demos with Kolar, it was pretty crazy. It was awesome. That’s what I’ve been trying to do lately. A lot of the people I’ve been working with on the West Coast and in the Midwest too, we’ll build stuff in person and it’s never finished. That’s how I like to write too, I don’t want to have to necessarily finish something unless I’m presented with a finished beat. We just build it in layers, I’ll record all these demos and send back vocals to them and then we’ll go back and finish the whole song.

RubyHornet: How do you feel about the idea that some people assume that songs are made very quickly and that there’s not all these moving parts and back and fourths going on behind the scenes?

WebsterX: I vibe with that though because I also write really quickly. If I’m making something, the production that a producer and I will make is usually made in an hour to an hour and a half. I’ve stopped thinking so much when I write and let whatever’s going to come out, come out and just do it.

RubyHornet: When heading into these studio sessions what’s the mood and what’s the ideal situation.

WebsterX: The whole mood is pretty much “go hard.” I come into sessions doing one of two things, recording or making music. So if i’m making music, the music will be based off whatever I’m feeling, whatever the conversations are about in the studio, whatever’s happening in that room. And then when I’m recording, there is no mood really besides “let’s get this in.” I have everything prepared already, all the lyrics are on my iPhone. When I’m writing at the crib, I’m reciting that shit like a thousand times over and over again, that’s how I memorize my music and add more lyrics as I go.

RubyHornet: During these sessions are you working towards a larger project or just making it happen and finding a place for the track later?

Right now the phase I’m in is like, let me just create the music at a steady rate, do it however I want to do it and then whatever it is, I’ll just know when it’s complete. I got that intuition and instinct that I trust. I just allow myself to be smooth with it and know when to get it crackin’. It’s way more relaxed now, which is dope. It’s less conceptual, I’m just getting it how I get it. Before I used to try to plan every little step. I was very anal about how everything was presented, never just going with the flow. That was the past and now I’m starting to just let stuff happen in regards to making music. I’m just trying to challenge myself and do it in a different way, it’s a new phase and I’m trying to keep evolving.

RubyHornet: What else has been going on between Daymares and now?

WebsterX: I’ve got a few shows coming up between February and March, I’ll be at SXSW and doing a bunch of stuff with NPR in the next couple months because of the Slingshot program, which is cool as hell. The public radio door is really open for me now so I’m trying to go across the country and do as many public radio things as I can do. AND hopefully get that KEXP in-studio performance. I’ve been obsessed with them for a long time. Hopefully I’ll do a Tiny Desk this year, we’ll see. Beyond that, I’ve been really finding out what it means to be real studio rat. Usually if I’m making music it’s not in a way where I need to create every single day. I like to experience things so I can write about it. But now I’m just like, ‘let’s get it,’ because I’m trying to get this cash up, I’m trying to get everything up. I’m trying to make sure I’m doing this for a long time. Kicking up the pace but still keeping it natural and relaxed.

RubyHornet: How did it feel to be apart of the 2018 class of NPR Slingshot Artists?

It felt really good, it felt full circle because my dad used to play NPR every morning before I’d go to school and that was my first time hearing it. It was a needed step and I like how it’s at the start of the year, it just makes everything more crackin’ for the rest of the year, it shows the pace that we’re going to be on. I had this thing I used to do a lot where I’d like to drop something and wait a little bit. But now how the industry is growing, everything is rapid pace. I’m not fully playing to that because I’ll never fully submit myself to how things are ran, but I’ll play the game a little bit. I’m just excited to see what’s going to happen.