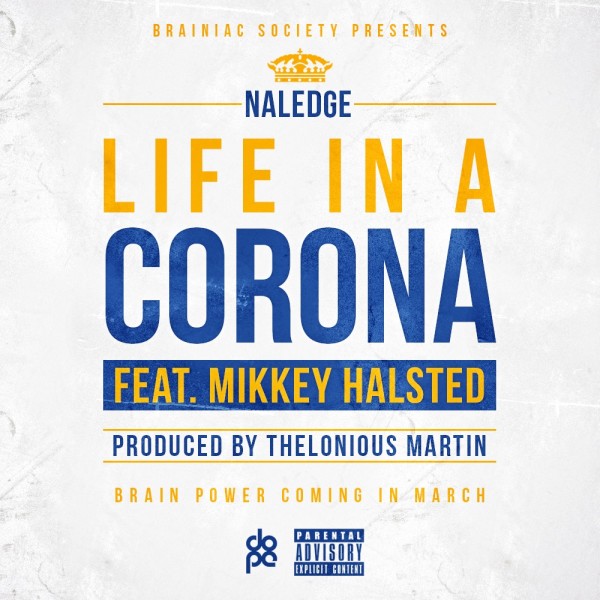 “Had a couple tribulations, this my new beginning.”

About a month ago, I got an email from Naledge with a subject line, “Listen to this immediately. Want Thoughts.”  I’ve known Naledge longer than I can remember, and more than long enough to know that his best music usually comes to me via emails with subject titles just like that one.  After listening to “Life In A Corona”, which features smooth production from Thelonious Martin and a dope-as-usual verse from Mikkey Halsted, my only thoughts were that Naledge had found his zone.  The record is introspective and thought-provoking, with Naledge sharing details about grad school, being a parent, and making meaningful music.  Set over Thelonious Martin’s soulful and sunny production, “Life In A Corona” is a record that everyday people can relate to.  Those are the records where Naledge shines the most, and this one is no exception.

After sending Naledge my feedback, he told me that “Life In A Corona” is the first single off his new mixtape, Brain Power, and that his comfort level is at a great spot.  The mixtape will come out on March 20th with Mick Boogie and if all the songs are as solid as this one, this tape could be something special.