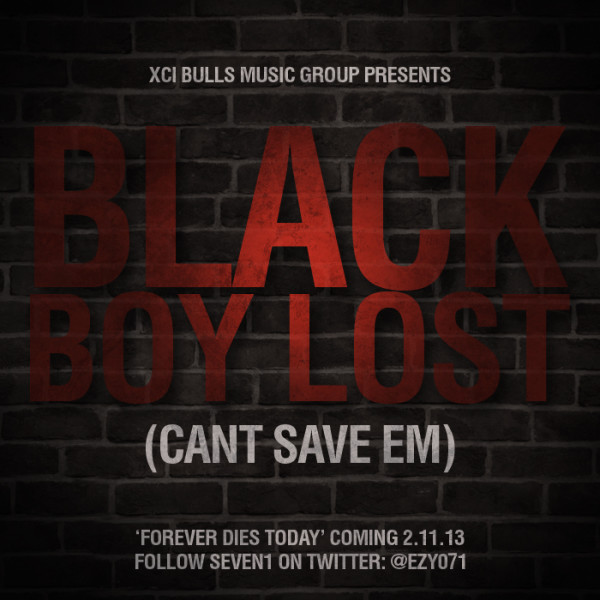 Seven1 made a really important record over the summer by the name of “Death of Drillin'”.  The record examined Chicago’s Hip Hop scene, and the context in which the music was being made.  It caused some people to get upset, and others to pump their fists in support.  Since then, Seven has been fairly quiet and released just a few records.  On Monday, the southside emcee will release a new EP, Forever Dies Today.  This morning we are premiering Seven1’s “Black Boy Lost (Can’t Save Em)”, which is on the new project and takes another look at the flashing lights of the music game, and the problems when it overshadows reality.  Listen and download it below.