[RH Review] Thundercat: It Is What Is 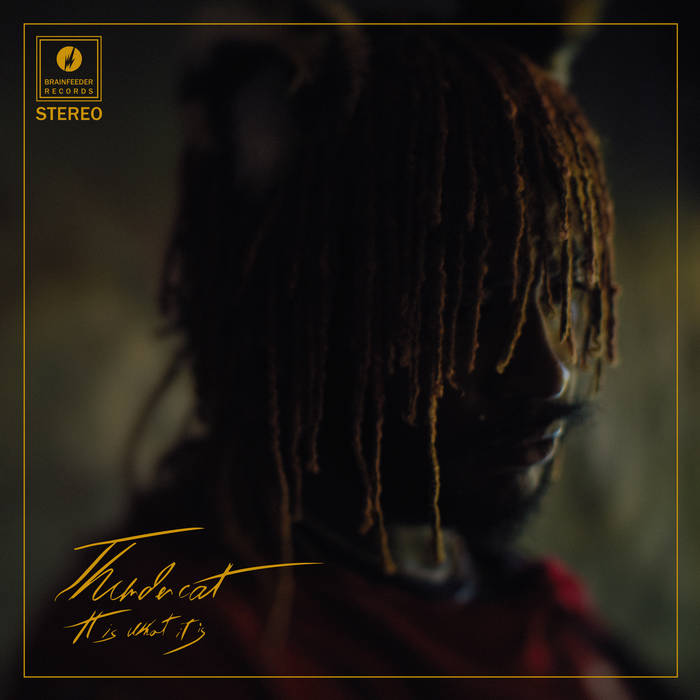 Thundercat’s latest release It Is What It Is sees a return to the artist’s unique blend of virtuosic, genre-bending bass playing and irreverent lyrics. A similar combination made up the outstanding Drunk in 2017, and the album seems to journey even farther into that tipsy, otherworldly landscape dotted with pulsing bass lines, all-night parties, and anime references. However, it also marks his first release since the passing of longtime friend and collaborator Mac Miller, and the title’s sober tone points to the ways in which the project also serves as a memorial for the late rapper and a depiction of Thundercat’s grief and acceptance.

“Miguel’s Happy Dance” exemplifies this, and opens by instructing the listener “do the fucking happy dance/even if you’re really fucking mad”, presenting the song’s upbeat tune and Thundercat’s soft, bright vocals as a distraction from deep-seated anger and hurt. But beyond the bitter irony of the lyrics is honesty and compassion. Rather than mock the opening advice, he offers it again and again more kindly, singing “it’s okay/everything will be alright”. The track may be a distraction but it is a welcome one, something of an unexpected anthem for daunting times.

This spirit of outreach shines through the album’s collaborations, such as “I Love Louis Cole” featuring fellow Brainfeeder artist Louis Cole, or “Black Qualls”which brings together the diverse R&B portfolios of Steve Arrington, Steve Lacy, and Childish Gambino. The driving funk of the bass line pushes high-wailing testimonies out of each, with a running motif of stepping out free from worry. “I can go in many directions baby” Arrington serenades over a blanket of soft cooing.

Travel is also a part of Thundercat’s vision. The project opens “Lost in Space”, and “Overseas” sees his friend, comedian Zack Fox, impersonating a pilot on a first-class flight to Moscow who identifies the bassists by his chains and—likely in large part—by his durag. “Dragonball Durag” following immediately after, is the album’s second single and the height of its euphoria. In the music video, the bassist is drenched in designer with all his chains gleaming in the picturesque sunshine while getting curved by the like of Quinta Brunson and Kali Uchis. He’s feeling himself enough to sing “I may be covered in cat hair/but I still smell good” as he harmonizes in the background. With some of the album’s more melancholy points already behind it, this carefree moment seems a triumph, however momentary.

Thundercat’s George-Clinton-esque adventures are reflected in equally memorable performances. “How Sway”is something of an interlude made up of finger-twistingly fast bass riffs answered by a tinny, space-age synth. As if hyping up the performance, a voice grunts “aye” and “yuh” throughout the otherwise lyric-less track. On the titular closing track featuring Brazilian guitarist Pedro Martins, he almost whispers “Hey Mac” before a small pattern of strumming emerges, building slowly into an almost orchestral performance adorned with strings and thundering drums. It’s a magnificent, and perhaps the album’s most beautiful moment.

Though clocking in at just short of 40 minutes, “It Is What It Is” is densely packed with declarations of vulnerability, drunken, love-struck encounters, and bright glimpses of hope. Across this busy scenery, there is an overarching sense of contentment. Thundercat takes time to reflect, treasuring and mourning the people, stories, and sounds he has always uplifted. In the face of uncertainty, even in the odd corners of Bruner’s imagination, there is ultimately an acceptance, a readiness to continue.

Tags:It Is What It Is, Thundercat