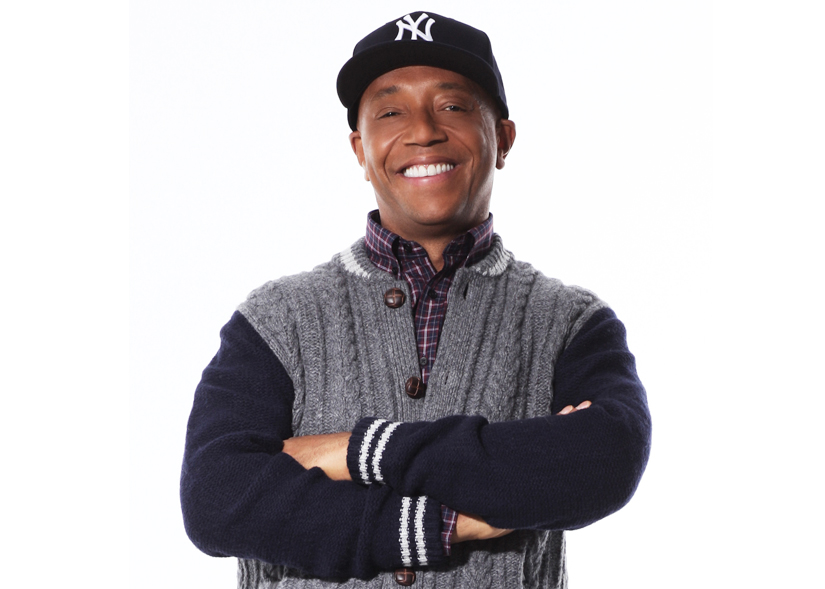 Russell Simmons has always been a catalyst for change. Along with Rick Rubin, Run-DMC, LL Cool J, and the Beastie Boys, Simmons changed the face of popular culture forever. He later birthed the concept of Hip Hop as a business, and has changed the faces of Forbes Magazine as well in the process. But perhaps Simmons’ greatest accomplishments come in the form of his philanthropic organizations and his power to motivate others so that they may be their own catalysts for change.

Last week, Russell Simmons announced publicly that he was supporting Barack Obama in the 2008 presidential election. Simmons cited Obama’s own power for change and ability to mobilize voters of all ages and ethnicities as deciding factors for his endorsement.

Ruby Hornet caught up with Simmons last week to talk about the endorsement, Obama’s role in uniting peoples of multiple races, and education reform. Check it out.

Ruby Hornet: In your support of Barack Obama, you mention his great ability to mobilize and motivate young people in particular. When we last spoke, you talked in-depth about the power of positive thinking, and visualizing your success. Given Barack’s speeches and philosophy, this endorsement seems natural. Why did you decide that now was the right time, and what role did the laws mentioned in “Do You” play in your decision?

Russell Simmons: I’ve seen something very spiritual come out of the Obama campaign, a transformative component. People who were not inspired are now inspired. That inspiration is what we’ll need to promote real change. It’s impossible to make a lot of the major change we need without the people’s support. When the people take to the streets for change, the politicians who represent them are forced to make change. If not, the people are left to count on the politicians and the lobbyists to represent their interests. One of the major themes in “Do You” is getting in touch with the spirit in you to see in your heart what’s true for you. Feeling that component in Obama’s campaign and getting to know him better did that for me.

Ruby Hornet: Senator Clinton’s main criticism of Barack Obama has been that he makes great speeches, yet lacks experience and may not be able to follow-through. With your endorsement you are in effect saying that you believe he can follow-through, what exactly has given you that confidence?

Russell Simmons: One great example is his ability to run this tremendous campaign. Out of nowhere, he has emerged as a leader and the highest polling candidate for the office of president of the United States. That was an inspiration to me and spoke volumes about his ability to get things done.

Ruby Hornet: In the last election, many artists and entertainers worked very hard to mobilize young people and specifically the Hip Hop generation. In your eyes, what has been learned by the mobilization efforts of 2004 (i.e. Vote or Die), and how can we take what happened in ’04 and improve upon it?

Russell Simmons: We already are. We can see voters registered in 04 coming out in primaries.

Ruby Hornet: You say in your endorsement that Barack Obama will continue to transcend race in America and have a very profound impact on those issues. What do you see as that impact?

Russell Simmons: Obama has positioned himself as an American candidate, not a black candidate. He is sensitive to the issues of the poor and underserved in this country and I believe he will make that one of his priorities as president. And, by seeing himself as a president for all Americans, I believe he will be a great equalizer in working to make life better for all Americans.

Ruby Hornet: Lastly, for a couple years I was a teacher as part of Teach For America, a non-profit organization aimed at closing the achievement gap. During my time at TFA I taught in an area of Chicago known as Englewood. The school I taught at has very low-funds, the neighborhood is high in poverty and crime, and the students are far behind grade-level. What do you see as necessary to improve all of our country’s schools, and how could Barack Obama spearhead a movement for Education reform?

Russell Simmons: When you don’t fund education, you leave children behind. So funding is of paramount importance. There were a couple of things Obama said that inspired me. Art education. When you promote art and creativity in a child, it sparks their imagination. Kids need inspiration to go to work. My Transcendental Meditation practice has been very valuable to me in learning how to achieve focus. That same program, if put into these underperforming schools, would help young people focus and improve grades. Repeating mantras teaches kids to focus. The schools that have implemented this program create quiet time in school where the kids practice their meditation. Children that are diagnosed with ADD may be helped through this kind of program. Instead of giving them pills, we could teach them meditation. And not just for those kids, but all kids. If you go to the schools around the country currently utilizing this program, you would see a dramatic difference in the children and the results they achieve.