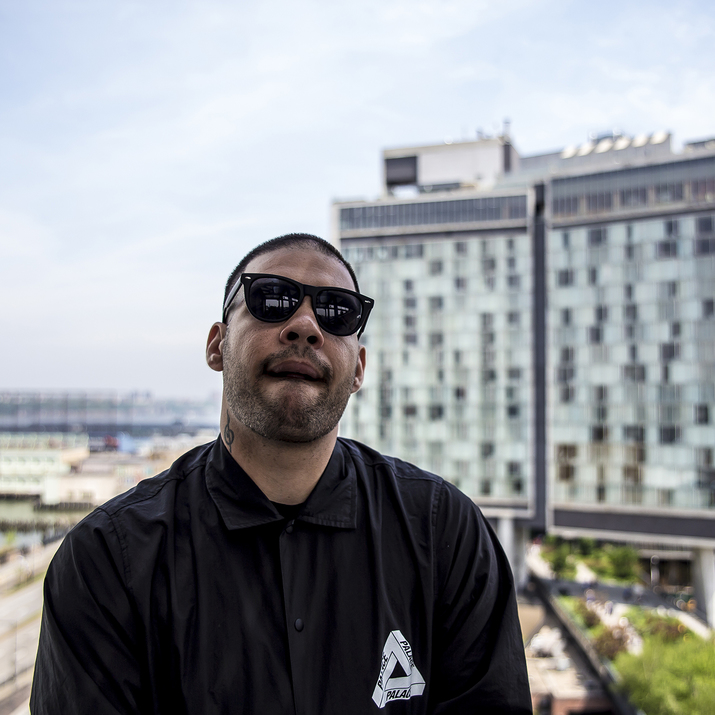 “I’m stronger than I thought I was… shit dawning on me.”

Shouts to SHIRT, man. I’ve been saying for years how dope this dude is at rap music. You may recall I put the money where my mouth is in 2015 when Closed Sessions partnered with SHIRT to release the stellar EP, Rap Money. SHIRT also delivered stand out poetry on Rude One’s ONEderful, via the song “1,000 Dutches”.

Over the holiday break, Kris Ex relayed the news that Jack White’s Third Man Records signed their first rapper. I, like, several other people guessed that the rapper was Black Milk – Black is a fellow Detroit native, and has worked with Third Man in the past. Kris coyly said that he knew for a fact that the mystery spitter was not Black Milk, and gave the hint – “it’s how we met, dude.”

I met Kris through SHIRT while working on PR for Rap Money. Kris wrote a great piece on SHIRT in Feb 2015, I reached out to Kris about Rap Money… And now we’re here.

Today, Third Man formally revealed SHIRT to be the first rapper to join their label, and partnered the announcement with SHIRT’s new song/video, “Flight Home”.

The song carries SHIRT’s signature bravado. SHIRT has an unmistakeable voice and way of spacing his words that is truly unique and raw. Every bar has a tinge of something like “I don’t give a fuck. I did contemplate it in earnest, but I don’t give a fuck.” Like he’s thoughtful with the dismisses.

“Flight Home” is filled with raps about immaculately embroidered Gucci belts, museum visits in doo-rags, and the imagery of Sheek Louch copping Picasso’s, while the video sees him ride around NYC atop a truck painted with his Nike Adidas design,  “Nike cease & desist, but they still ain’t stop me,” he raps in the first verse. Apparently, this is something SHIRT has done many times before it was captured for this video.

That aside, it’s not all boasting and bragging on “Flight Home”, as SHIRT sends his praise and respect to Colin Kaepernick, points out the whiteness of domestic terrorism, and touches on the job market effects of uber and AirBnb expansions. He begins the third verse by illustrating the huge bummer that is daily news, well, on the daily.

In the chorus, SHIRT raps that he’s traded his desire for copping shoes to airplane tickets, “used to want kicks, now it’s flights home.” For SHIRT, and billions around the world, Home is indeed a place that might not be perfect, but it’s still home. For everybody.