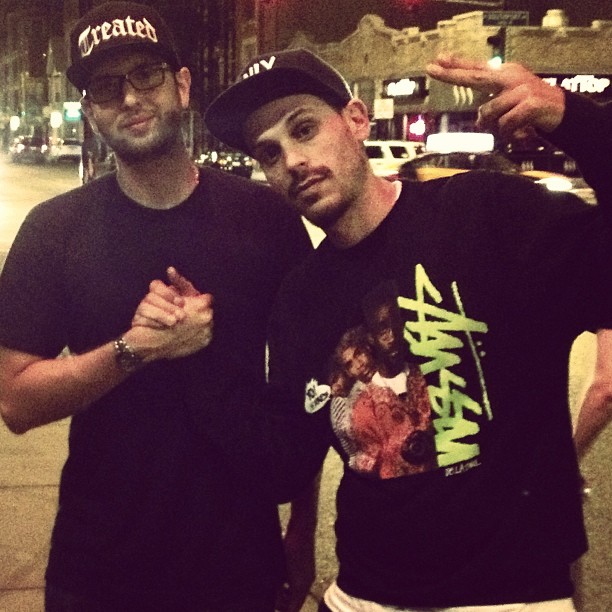 “Eyes redder than that Rastas on the swim team.”

Man, the world (or at least my world) is just better with new music from Evidence. It’s no secret that Ev has been one of my favorite rappers since I stumbled upon “The Platform” video one day while getting ready for high school. Since then I’ve gone from being simply a fan of Dilated Peoples, to interviewing all 3 members several times, collaborating with Rakaa on CS: ATX, and formed a decade-plus friendship with DJ Babu – who has supplied production to many Closed Sessions classics.

Evidence has been kind of quiet the last couple years, and it’s been about 5 years since the release of his last album, Cats and Dogs. In an official statement released 10/28, Ev shed some light on his absence from releasing music in order to focus on family matters. Personal lyrics have always been a strong suit for Evidence, and while the Dilated material focused more on mic skills and braggadocios rhyme schemes, Evidence has used his solo output to open up about his travels through the rap game, battles with self-doubt, and coping with the death of his mother.

He has continued some of those themes on the latest releases from his new LP, Weather or Not. And make no mistake, this is Evidence in top form. He seems very comfortable in being uncomfortable, a quality which I think makes his music relatable and has allowed him to develop such a loyal fanbase. That fact is not lost on Ev in this Nottz produced banger, “Jim Beam” in which he raps, “God’s work, that is not in my hands/but I’m holding on tight for a few of my fans.”

Tight is a great way to describe Evidence and his overall aesthetic. Attention to detail, crisp beats, and on point/direct rhyme schemes have become a staple of the catalog. Another staple of Evidence’s career – and the wider career of Dilated Peoples – is having Jason Goldwatch turn out dope fucking videos. They never try the same idea twice, and one could argue Goldwatch’s videos are just as signatory as a beat from DJ Premier or Dr. Dre. The man has skillz!

For “Jim Dean”, Goldwatch and Evidence use photographs to cut between scenes, and have created custom shirts along way. I’m still trying to figure how they did this, and how many trips they had to make to One-Hour tees (I’m guessing someone in the camp has a t-shirt press).

You can watch the video above. The album, Weather or Not, is available now for pre-order across all platforms. I just copped the vinyl and t-shirt pack. When you pre-order you also get the song “Old Habits”, which is not going to appear on the LP. If this was back in the heyday of the blog era, that shit would have leaked by now, lol.

For good measure, check out our Dilated Peoples edition of Freestyle In The Park recorded way back in 2008!


Oh yeah, that same day we did this one too…