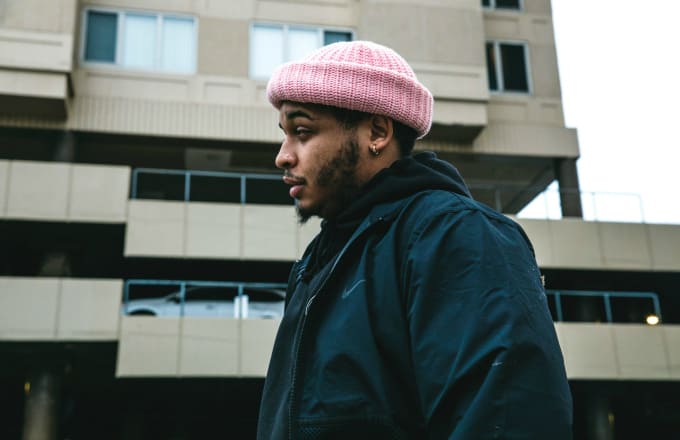 People want authenticity. I often ask my students, ‘what don’t you like about music?’ One of the biggest responses is the lack of honesty they perceive from artists of all genres who pretend everything is always going well. It’s a common theme, and a common criticism. In recent years though – and many younger people credit Kid Cudi in this regard – subjects such as depression, drug abuse, and just feeling shitty have taken a more prominent role in Hip Hop music. If you are searching for something raw, emotional, and honest (almost to a fault), then I highly suggest SideFX, the new album from SaveMoney’s Sterling Hayes.

From the start, SideFX removes all barriers and at times is downright scary and hard to listen to. Hayes’ delivery is gruff and even chill-invoking as he howls “Chicago is killing me” on the album’s third track, “Suicide”. A few themes run throughout SideFX, maybe none more prominent than Hayes’ ownership of his own problems and his resolve to conquer them. He is worried about being a bad son, being a bad friend, doing too many drugs, not being able to stop doing too many drugs, being hurt by his girlfriend, the violence in Chicago, allowing blogs to dictate his self-worth and generally wasting away. His parents also play a prominent role on this record as he tackles their marriage, their divorce, and the realization that many young adults come to abruptly that one day they will die, and you can find yourself alone. In that regard, SideFX plays out somewhat like a manifesto for Hayes who commits to counting on himself, and at the end of the day making himself proud as a conduit to doing right by others.

This is a haunting and honest LP from a Chicago artist often overlooked alongside his “friends with Grammys”. And while his friends such as Smoko Ono, Malcolm London, Via Rosa, and Chance The Rapper all make cameos, it is Hayes who maintains centerstage on this LP. With SideFX, Sterling Hayes clearly establishes how he is different from his peers and at the same time, like so many of his listeners going through similar situations. There is a light at the end of the tunnel for Hayes, and hopefully this album makes it a shine a little brighter.