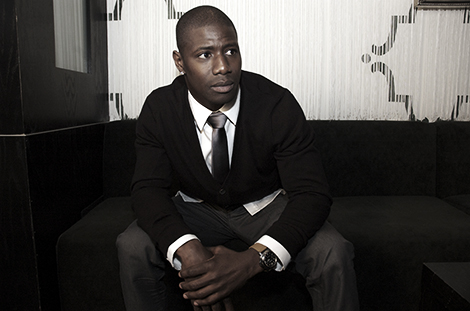 Former University of New Hampshire and Chicago Bears standout, Jerry Azumah, will host a Texas Hold’em Poker Tournament on May 13th, which will serve as a fundraiser for his non-profit organization, ASAP.  ASAP, which stands for the Azumah Student Assistance Program, provides scholarships and guidance to disadvantaged youth.  The motivation behind the organization comes directly from Azumah’s past experiences and the help and guidance he received himself.  The event will take place at the Hotel Sax and will feature a slew of athletes and celebrities.  RubyHornet will be there as well, as we’ve signed on to be the official online sponsor of the event.  Keeping with that, we have worked with Jerry Azumah and his ASAP team give you in-depth look at the former Chicago Bear as well as his motivations on and off the field.  In this spotlight you can check out our in-depth interview, more info about the event, Jerry’s take on Jay Cutler, and more in the weeks leading up to the Chance of A Lifetime.  See it all below.

END_OF_DOCUMENT_TOKEN_TO_BE_REPLACED 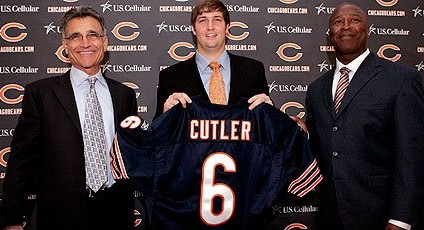 Last week the Bears made a bold move and picked up QB Jay Cutler. What they gave up is more than a few draft picks and Kyle Orton’s beard. In trading for a legitimate starting QB, the Bears got rid of a gaping hole in their offense, one that arguably dates back to the days of Red Grange.  In another move, one that did not get as much ink as the Jay Cutler acquisition, the Bears beefed up their offensive line by signing pro-bowler and human pancake factory, Orlando Pace.  What will these moves mean for the Bears?  We asked former cornerback and current Comcast analyst Jerry Azumah to weigh in on the subject.  Continue reading as Jerry Azumah speaks on Jay Cutler and Orlando Pace, as well as what their presence could mean for the Bears this season.  Also, be sure to check out info regarding Jerry Azumah’s upcoming fundraiser event benefiting his ASAP Foundation and San Miguel Schools here…

END_OF_DOCUMENT_TOKEN_TO_BE_REPLACED 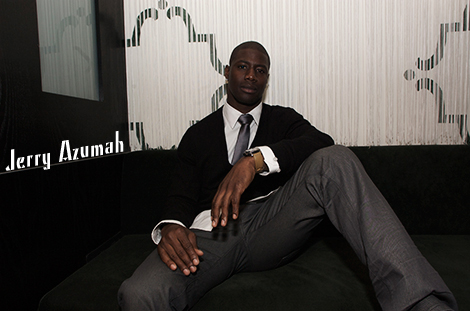 “I’m not that big.  I’m 5’10”, 190 lbs.  But, I just believe it.  My heart is big and it pumps like crazy,” Jerry Azumah says about his out of the ordinary rise to the NFL.  “I think that’s what separates me from a lot of people,’ he further speculates.  “I just have that work ethic that desire, and that passion to say, ‘I’m going to do it.  No matter what, it’s gonna happen.’”

In part two (click here for part 1) of our exclusive interview with Jerry Azumah, the former pro-bowler speaks on how that mentality developed, and how his father kept it alive when Jerry was close to giving up on football.  He also dishes out some advice for the Chicago Bears, and explains why his approach to analyzing, much like his approach to his off the field charitable endeavors, is designed to uplift rather than tear down.

Check out the full interview below.

END_OF_DOCUMENT_TOKEN_TO_BE_REPLACED 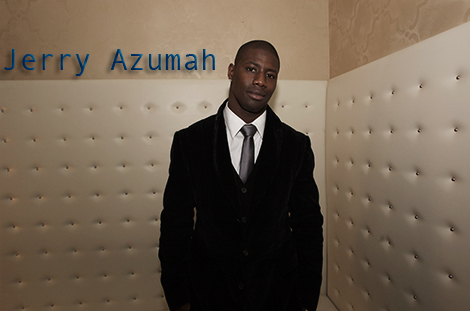 Jerry Azumah’s on the field accomplishments are well highlighted and quite impressive.  He set NCAA I-AA rushing records as a running back at the University of New Hampshire, and won the Walter Payton award, the I-AA equivalent of the Heisman Trophy.  After joining the Bears and making the switch to defensive back, Azumah’s rookie season ended with receiving the team’s Brian Piccolo award, handed out for character and merit rather than stats and speed.  The Piccolo award distinguished Jerry as an athlete and a man with a strong sense of giving back and helping others.

“I’ve always been the type of person to give back,” Jerry said during an exclusive interview with RH.  “I realize that throughout my journey of getting to the pros, being successful, and getting to the point I’m at right now, it happened with the help of a lot of different people.  A lot of different things had to come together.  There was always somebody that was reaching out, lending me a helping hand pretty much.  So much help has been given to me that it’s almost fitting for me to give it back, sort of like passing the torch.”

Azumah has “passed the torch” by providing his alma mater with a new gymnasium and practice facility for student athletes, as well as his ASAP Foundation, a non-profit that provides assistance to under privileged students in the form of financial scholarships.

Jerry Azumah sat down with RubyHornet at Chicago’s NV Penthouse Lounge to talk about ASAP and its upcoming Texas Hold’em fundraiser, as well as the work ethic that propelled him to the NFL, and his true passions of music and fashion.  Check out part I below.