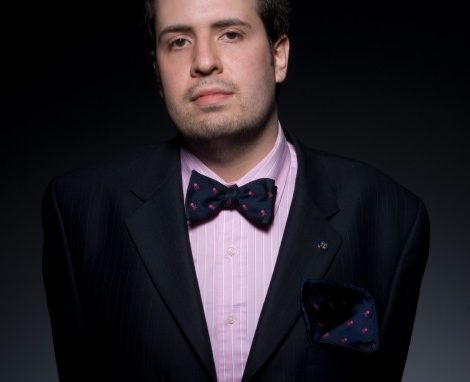 Some of you may know Michael Kolar, many of you probably don’t.  He is the man behind SoundScape Studios, the recording home of many of Chicago’s top Hip Hop artists.  He’s got crazy stories involving ostriches and pimps, crucibles and the hottest rapper in Bulgaria.  Beyond recording GLC, Naledge, Mikkey Halsted, and RTC, he is also working on a little project of his own, something unlike anything we’ve seen before.  It is a project that has so floored us, we felt it was time to share it with the world in an exclusive preview.  What is this project you ask?  Well, Mr. Kolar has enlisted a big band, and backup singers, will be donning his best suit and fedora and remaking classic Hip Hop tracks in the style and signature of Frank Sinatra.  In this clip he breaks down the project and offers a preview as he debuts cuts such as “Hits From The Bong,” “Announcement”, and “Shake Your Ass”…See it below.