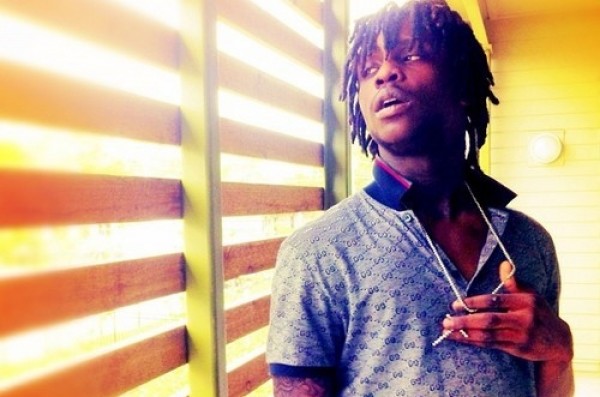 For the last few months, Chief Keef has existed almost as a myth or urban legend.  Confined to his grandmother’s home due to being on house arrest, the 16 year-old has generated a million youtube views, brought the Chicago Hip Hop scene to the national Hip Hop scene, and caused an all-out bidding war, which was eventually won by Interscope.  Visiting Keef’s house during this climb became something like taking a field trip for Chicago media and out of town artists on some, “have you been Keef’s yet? Oh, you got to see it.”

He created a hit record in his living room, and instead of grovelling and thanking his lucky stars for a Kanye West remix to “I Don’t Like”, Keef and company accepted it like it was no big deal, just par for the course.  His living situation created something of a bubble.  People didn’t call for him to perform or show and prove because he really couldn’t.  Keef’s music was raw, and his living circumstances only made it more-so.  In fact, I think that everything surrounding Keef is just as responsible for his success as the music is.  No one really knew where he came from, how he got there, and he was only accessible if you knew somebody. He captured an energy, and showed people a side that is somewhat hard to look at when it comes to Chicago’s youth.  And for that, he is an immensely important artist for our time.  He’s all been something that has been all Chicago’s, up until he signed on the dotted line.  He’s no longer just a Chicago guy, one of our best kept secrets.

The veil on Keef is starting to be removed.  He’s signed on to Interscope for a pretty large deal, one that includes his own headphones and movies. If you don’t think they’re are going to put his faces as many places as they can, you’re wrong. They will. And soon.   Tonight Keef will face the first real test of his budding career with a sold out show at SOB’s in New York City.  Keef is now in “The Mecca”, where audiences love to send out of towners home packing, where they show up just to boo you.  Ask OJ Da Juiceman how his first New York show went… If you can find him.

Keef and company can’t let that happen tonight in NYC.  They’ve got to be prepared for a crowd that asks, “ok, now what?”  That’s when they have to bring it. Everything he’s been working for and thinking about for the past few months kicks off in full tonight, I’m hoping he’s ready.