Dave Jeff: PHLIer Than The Rest Of Them 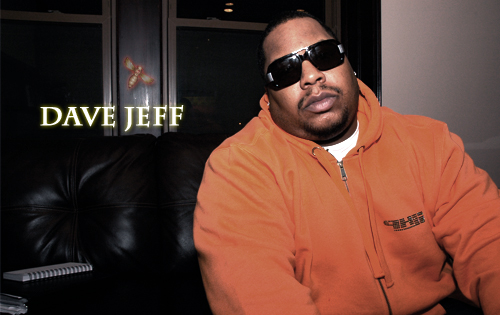 Chicago has a lot of things going on right now, and quite frankly, it’s a crazy place to be in at the moment. There is so much developing in this city, as well as established things exploding and finally getting the attention or recognition that they deserve. Celebs are being spotted in Leaders gear, and some up and coming artists are no longer considered up and coming.  One man that’s been able to see the movement of it all is Dave Jeff, owner and founder of PHLI Worldwide, recognized as one of Chicago’s first sneaker boutiques, and the first to carry its only line exclusively.

In our continuing coverage of Chicago’s fashion scene, we linked up with Dave Jeff to discuss street wear’s past, current, and future.  The PHLI guy lets us in on Chicago’s streetwear history, friends and enemies, and bursts some preconceived bubbles…Check it out below.

Ruby Hornet: From my understanding, you are the guy who started the whole street wear scene in Chicago. How does it feel to know that something you started has made way for so many other stores, such as Leaders, St Alfreds, Juggrnaut, and Self Conscious to get established?

Dave Jeff: It’s a cool thing. Believe me, I don’t think about it like that, because that is not what I set out to do. There’s been many attempts at Chicago having its own brand. If you really go back and look, there were labels like the Wild Hundreds, and I think that the people took to the Wild Hundreds because it was a neighborhood type thing, that’s where I’ve seen a lot of the love. Then after the Wild Hundreds you had Broha Man and after Brotha Man you had Afro and Afro in its beginning stages is what a lot of the people were wearing before the street wear thing got on. What I can say is that I did is do it correctly and take it to a major level. And I think that me doing it correctly and taking it to a major level showed others, ‘OK we can do this.’

RubyHornet: What was your initial inspiration for PHLI?  Did you see it more as a brand or as a lifestyle?

Dave Jeff: Definitely a lifestyle, with me being Dave Jeff and my past in the entertainment industry,  my history in that goes way back and I’ve always been a, PHLI (for lack of a better word) type of guy. With me being an artist and all, that was part of my whole persona. I knew I had to be fresh on stage as part of showmanship. When the opportunity came to do my own thing I was at the last store I worked at before the PHLI store opened, and the store was basically handed to me under crazy circumstances. But it was like a Bentley with no engine. So I sold the lease, and got the capital to open the PHLI store. But before the store I worked at previously closed, I started doing Tee’s and that’s when I took it to the brand. Some of the first tee’s were like a shirt with biggie on the front wearing a Coogi and counting money I thought he looked PHLI, and another with Tu-Pac on it and to me he looked like a PHLI thug and this is what the branding was. From those pictures, and all the exotic shoes I had, I started matching them up.  I took it further and started making themes, and I had been exposed to a lot of entertainers and they had access to the same exotic shoes and now they had a shirt to match with it…And when I got the store I stood on the fact even though people told me that I had to be crazy to only have my brand in the store, and I said, ‘no I refuse to have AKademiks and Encye in my store, everything in here will be PHLI.’ I looked at it like an urban GAP, like everything in GAP is GAP everything in PHLI is PHLI.

RubyHornet: Now that so many stores are opening, carrying some of the same names, their own names, where do you see the lifestyle going? Do you see it expanding or killing itself off?

Dave Jeff: Once we start loving Chicago s**t it’ll be a crazy phenomenon here in Chicago. I don’t think there being so many street wear brands out of Chicago will kill it off but what it is, we need to have the love of our Chicago brands. we don’t need so much of the ‘since I deal with PHLI I can’t deal with Leaders and so on…’  That’s some bulls**t. We need to love our Chicago s**t.

RubyHornet: Do you feel as though street wear is becoming more commercial?

Dave Jeff: I think it’s the whole infusion of this skater/rock/thug type thing. It was kind of inevitable because the suburban kids started doing more of what the inner city kids were doing, and the inner city kids are always looking for the next thing to be dong. Like I said, it was inevitable, and yes it has become more commercial and where can it go? It can’t go nowhere but back to the basics where it started.

RubyHornet: Because of the commercialization of street wear, with so many new boutiques opening, do you see the stores putting each other out of business or one of them monopolizing the scene?

Dave Jeff: Naw, I think people are going to shop where they want to shop. This is one thing I learned in retail, even before the PHLI store, you have store loyalty but if they can go over there and get it for cheaper and maybe in a different color believe me they will. But I think with so many stores opening it’s good for business but these stores need to stay true and do them.

RubyHornet: Do you see street wear turning into urban wear in the future due to its expansion in this city? By urban wear I’m talking like LRG and Roca Wear and such.

Dave Jeff: Ummm, well you have to look at it like this “street” is the new “urban” term, like dealing with these corporations their term for urban at one time was black street kids and urban isn’t urban anymore.  It’s not just what I wear it’s more like the culture, and the culture is a rainbow. You have every race into this Hip Hop thing into this Street wear thing. So it’ll all be different. But to answer your question, I think it’s already there, the whole chain on the belt and such.

RubyHornet: Are you going to re-open a PHLI store? If so where and what will be the concept of the store and if not why aren’t you?

Dave Jeff: No doubt. With me being the first sneaker boutique and so on, I want it to be bigger and better. So, yes, I do plan on re-opening a PHLI store, I just don’t want a store front or a box so to speak. The previous PHLI was a loft so I want something PHLI like that. Right now I haven’t found a space that I like so I’m not going to rush anything. I’ll wait until I find the perfect spot for the new PHLI store. The store is all about an experience, so I don’t want a box because I plan on being there for the next 6-10 years I plan on being there a while.

RubyHornet: Also do you think that more boutiques will continue to open or do you think the stores that are already in existence have it pretty much covered and have left no more room for another?

Dave Jeff: I will say this, people come to me everyday asking what can they do to open up a store and how did I do it, and the biggest misconception with opening up a store is that you need Nike. A lot of these stores open up looking like mini Nike towns. You don’t need Nike to have a store and it be successful. I didn’t have Nike when I first opened up but I had bunch of other PHLI s**t in there. But I think that more stores isn’t a bad thing. I’m an entrepreneur and I’m about making money and down with anyone who is on the same thing. So yeah as long as they stay true to them.

RubyHornet: Are street wear consumers pretty loyal customers? Do they stick to one shop or boutique or do they shop around?

Dave Jeff: Like I said before, I think people will shop where they want to, but I think that the younger kids started thinking that PHLI don’t mess with Leaders and Leaders don’t mess with St Alfreds s**t. That’s not the case at all. I have dinner with Cory like we all cool, we all the bosses so we associate with each other.

RubyHornet: Do you think that has or will have an effect on the longevity of the boutiques that exist now?

Dave Jeff: I think that once that love for Chicago s**t is here in Chicago then it’ll last forever, but we really need to start there to have anything last. You feel me?