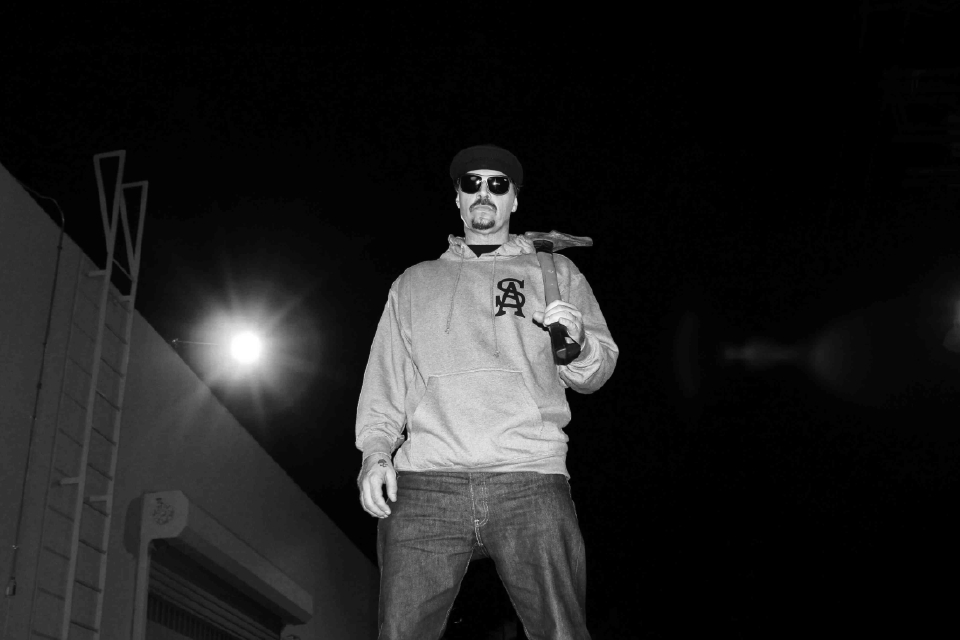 When DJ Muggs released his EP, Sound Clash Business, in mid October, I sent him a text saying how much I enjoyed it.  I never really expect a response from any artist that I text, and definitely not someone of Muggs’ legendary status.  It also happened to be 10 AM Chicago time when I sent this text, making it 8 AM for DJ Muggs.  Those aren’t exactly office hours, and definitely not in the entertainment business, when some are punching out in the wee hours of the morning.  “Thank you, brother,” read Muggs’ response, sent just a few minutes later.

After thinking about it, I shouldn’t have been surprised at all.  For one, Muggs is one of the most genuine and good dudes I’ve been able to meet over the years. Second, while I think of Muggs as Hip Hop royalty, and may have my own expectations for how he should act, those are my expectations only and not shared by the man immortalized in House of Pain’s “Jump Around” as the person to “let the funk flow.”

“When I look at myself, I’m still a beginner, I’m still learning, and I got a long ways to go,” Muggs would tell me about a week later in our candid interview, done at a similar early hour.  “I don’t sit back and smile with a fucking pompous attitude and my feet up. I sold 40 million records, I’ve made millions of dollars, I traveled the world.  So what? That was cool.  That’s what you did. What are you going to do?”

Muggs is going to release a new album soon, one that expands on his Sound Clash Business EP.  It is will be released on January 15th via Ultra Records under the title Bass For Face and presents new dub-step with a Hip Hop aesthetic.  After that, he’ll be dropping a number of Hip Hop albums and other projects that he says are absolutely on some other shit.  “The last two years I’ve really made 200 songs and created all these projects. Now everything’s almost done, so you’re going to see a lot coming out from me next year, you’re going to be like, ‘what the fuck?’

Truth is, Muggs, a man that’s sold over 40 million records, is still putting in work like he hasn’t done shit.  Read this interview to see how that’s fueled his success, exactly what he has planned for 2013, and why he’s a huge fan of Chief Keef.