[Interview Snippet] DJ Muggs: “My Style Is Like Water” 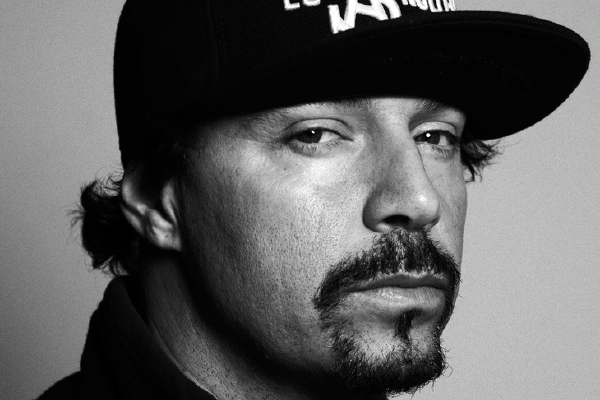 Since the late 80’s, DJ Muggs has been shaping and then re-shaping sounds, first and foremost his own, and secondly, Hip Hop as a whole.  The veteran producer who rose to fame by producing Cypress Hill’s classic self-titled debut and their follow-up Black Sunday, shows no signs of slowing down.  He’s still putting in 12-plus hours days, and is ready to release multiple projects in 2013.  A couple weeks ago Muggs dropped SoundClash Business, a free EP merging drum and bass with trap heavy production.  While Muggs may be best known for gritty and grimy Hip Hop, the more electronic sound has been a part of his arsenal since the the late 90’s and early 2000’s when he lived in London and worked with artists such as Tricky and producer Nellee Hooper.

“I do things like this just to challenge myself and try to learn new production techniques.  When I go back to Hip Hop, it’s fun again,” Muggs told me during a phone interview that lasted nearly 40 minutes.

“When you do this for 25 years, shit gets boring. You got to invent ways to stimulate yourself, and stimulate the creativity. When I go over to the side, leave Hip Hop alone for a couple months and do another project, when I’m done, I can’t wait to get back to Hip Hop. I got like 3 rap albums I’m working on right now. They’re all half done,” he continued, before describing his upcoming work and some of his inspiration.

“A couple of them are more drum machine based, trap style. Some of them are gritty, SP-12, samples from 1993 still. I can tap into all those styles, man. My style’s like water. I’m a scientist of sound. I like to reach out and just do different shit. That’s the fun of this shit for me. I’m not going to do the same shit over every fucking day. It’s like going to the same job, eating the same shit, fucking the same bitch every night. I can’t do that, dog. But you know sometimes people can’t see it cause they can’t see it in themselves. They just want the same thing. It’s just conditioned. It’s the mental conditioned way people are and the way the nervous system works.  I look at a famous artist that I study like Salvador Daali or Picasso, Picasso changed his style every so-many years and went to a whole other style because he’s inspired by different things. I got some of the dirtiest, grimest Hip Hop I’ve ever made coming out. I got a new project called the Cypress Experience. I found all these unmarked discs in my storage, about 300 discs, all samples that I thought I lost from ’89-’92.  When I found those, ‘I’m like, I’m doing a project.’  It’s going to be the Cypress Experience. It’s going to be basically the energy that we all love from the first three records, with a twist.”

Check back next week for the full interview with DJ Muggs in which he speaks on his new projects, staying relevant for 25 plus years, and the hungry days of Cypress Hill.